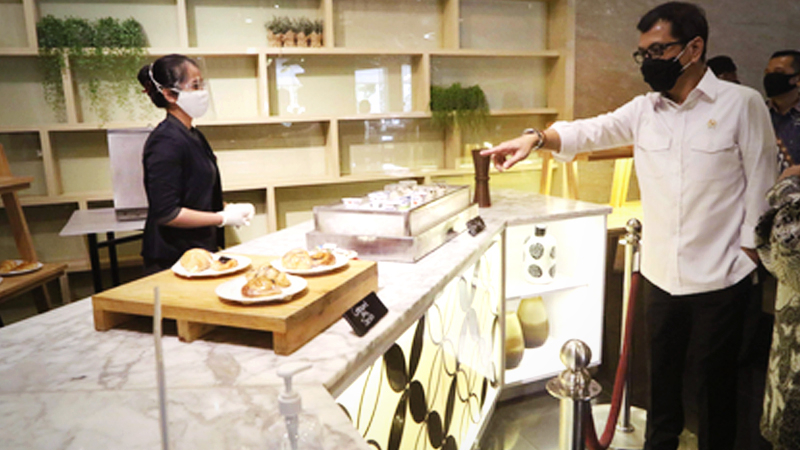 Hotel associations in Indonesia, Thailand and the Philippines are advocating a start to intra-ASEAN travel to boost regional tourism, which has been hit hard by the COVID-19 pandemic.

While the possibility of opening borders for tourism is likely still months away, each country is starting to open up travel and hospitality services for domestic tourists.

“If opening local tourism gains success, then international tourists will become more confident in coming to ASEAN countries,” he said during a webinar hosted by Sahid University in Indonesia on Monday.

“We need to reopen our businesses and find solutions to deal with the effects of COVID-19. There is no use in sitting down and hoping that this pandemic will be gone,” added Yap, who is also the ASEAN Hotel and Restaurant Association president.

“As soon as we see local travel recover, we would like the Thai government to join an intra-ASEAN travel bubble,” she said, adding that the tourist industry in Thailand had experienced an 89 percent decline in both tourist arrivals and income from tourism.

The tourism sector is currently eligible for a 30 percent discount on corporate income tax to cushion the COVID-19 pandemic’s impact.

“There is great market potential with domestic tourists,” he said at the event. “However, their confidence in traveling is still low now. I believe demand in travel will rebound once the government can handle the pandemic better and a vaccine is available.”

Hariyadi quoted a survey from online travel agency Traveloka that shows 71 percent of people feel it will be safe to travel around October or even next year. Only 21 percent of people surveyed said they felt safe traveling in July.

According to the Foreign Ministry, tourist arrivals in Southeast Asia were down 48 percent due to the pandemic, affecting more than 100 million jobs.

“The foreign minister will discuss the ASEAN travel bubble for international travelers sometime around September,” Berlianto said, adding that some destinations in Indonesia were already open to domestic travelers.

Indonesia was also finalizing a travel corridor agreement with the United Arab Emirates to facilitate “essential business trips” between the two countries.

The government recently announced that it would reopen Banyuwangi in East Java and Bali for local tourists on the first week of August, as part of the government’s effort to “gradually” revive tourism and the aviation sector.

However, Southeast Asia has seen a rise in COVID-19 cases recently.

Indonesia reported on Monday that it had exceeded 100,000 cases, with the capital reporting its highest one-day spike since the first cases were confirmed in the city in March.

Meanwhile, Manila and Vietnam’s Danang city have seen a surge in COVID-19 cases, with the Danang cases being the first community infection since April, according to Reuters.