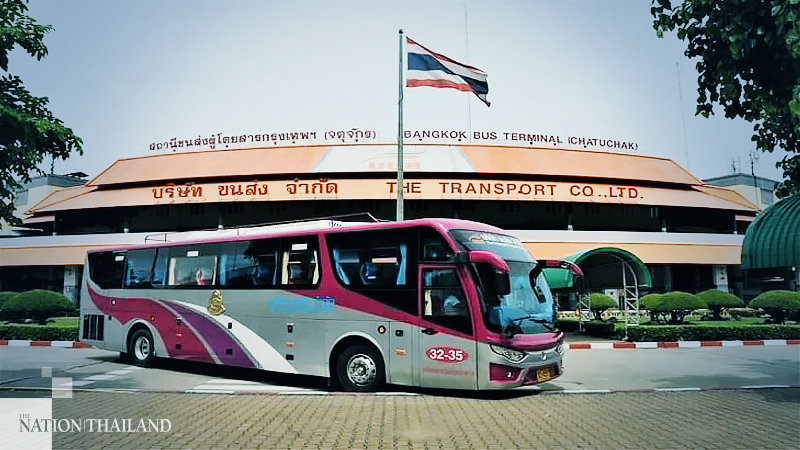 State-run Transport Company is branching into the property business to make up for the drop in revenue caused by the setting up of a reserve fund for employees wishing to retire early.

“The company and private partners are jointly developing commercial areas to generate additional income, namely on the 7 rai at Bangkok Bus Terminal in Ekamai and 15 rai at the Southern Bus Terminal in Pinklao,” said Manote Saichuto, vice president of bus route operation and acting president of Transport Co.

“The company will also rent out the former bus terminal in Bangkok Noi for residential purposes,” he said.

Though Transport Co earned Bt168.35 million in operational revenue in 2019, it had to set up a reserve fund worth Bt166.94 million after the State Enterprise Labour Committee announced that for early retirement, state enterprises were required to pay 400 days of wages to employees who had been working for more than 20 years. This resulted in Transport Co’s profits being slashed to just Bt1.41 million.

“Both bus terminals will be developed into mixed use buildings, including retail space, offices, hotels and parking lots,” he said. “We are also looking into the possibility of building paid public toilets at bus terminals, as a survey has revealed that passengers don’t mind paying a small fee for cleanliness.

“Despite the drop in profit, Transport Co does not need a rehabilitation plan as it can still earn enough to support itself. We believe that with property projects in hand along with other businesses such as mail delivery service, the company will be able grow sustainably despite the Covid-19 outbreak,” Manote said.