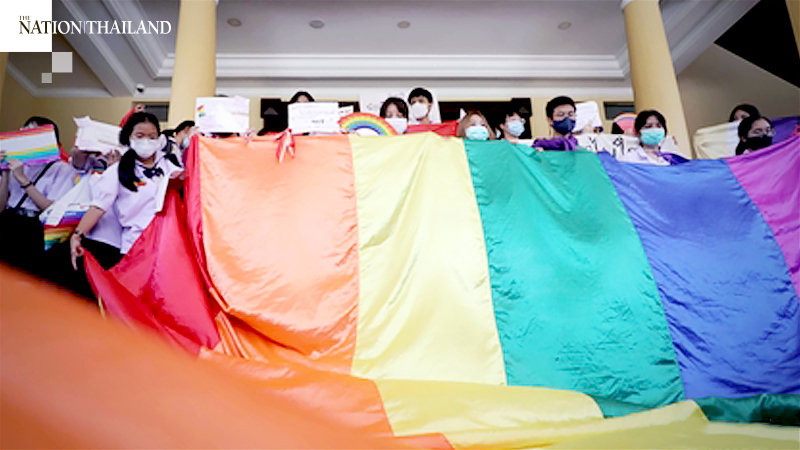 A group of students held their first “pride parade” in Thailand by marching nearly two kilometres from the Nitas Rattanakosin Exhibition Hall on Wednesday (July 29) to the Education Ministry to demand equality for their LGBTQ+ (lesbian, gay, bisexual, transgender, queer) peers. 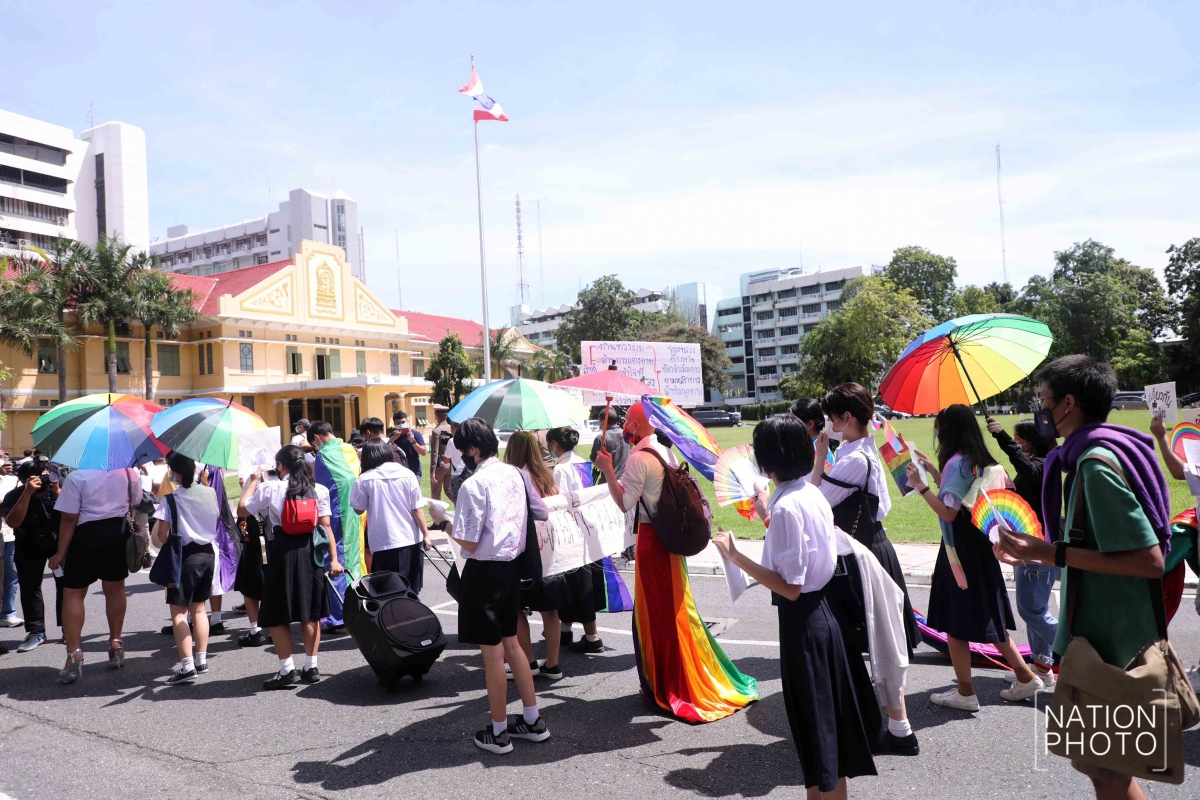 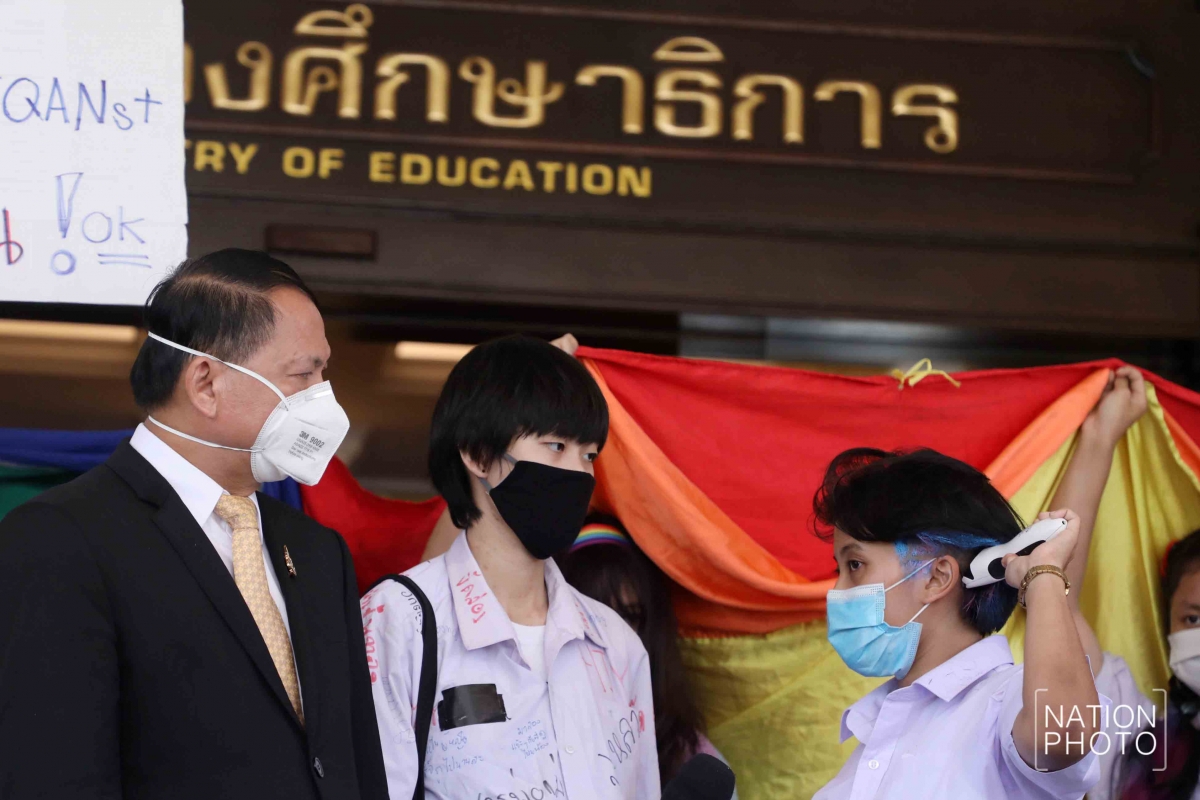 Several members also symbolically cut their hair or removed their male students’ uniforms to reveal a blouse and skirt underneath. They called on the ministry to revise the contents of health-education textbooks, saying the content is outdated and does not cover topics such as different sexual orientations, which leads to people misunderstanding the LGBTQ group. 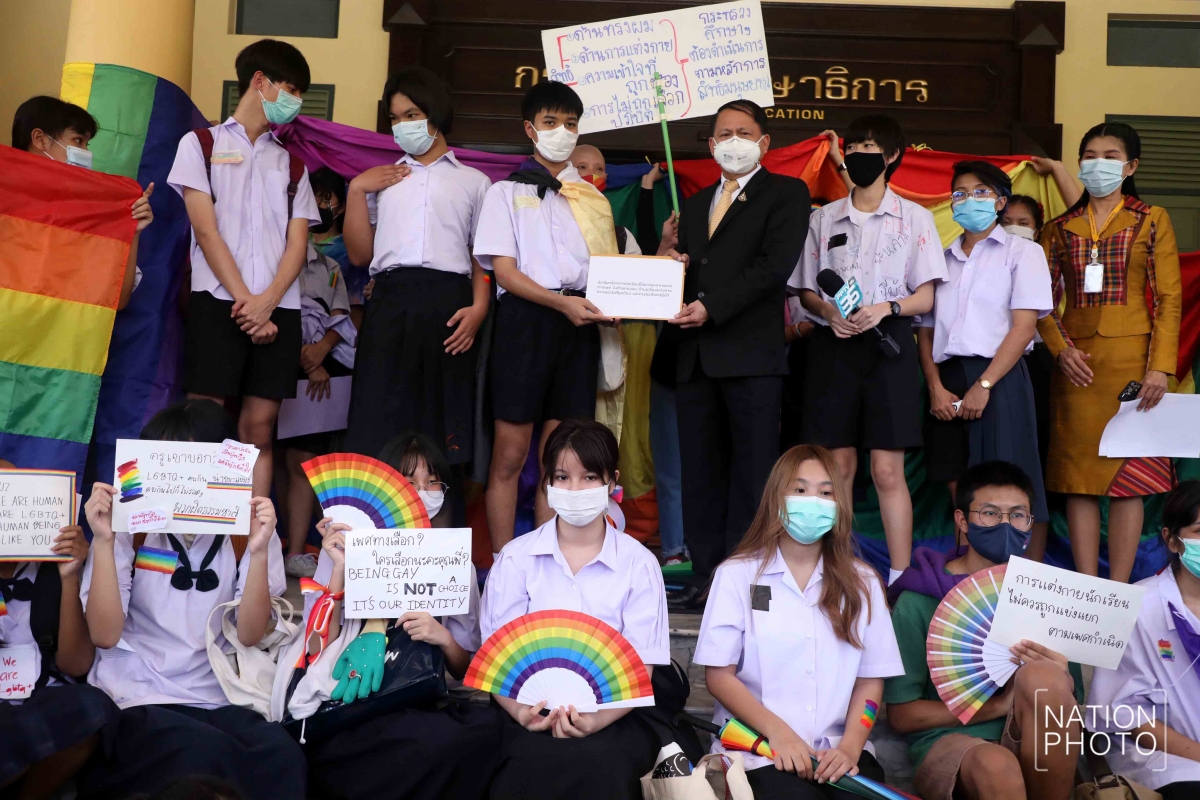 The ministry’s permanent secretary Prasert Boonreung accepted the petition from the group’s representative before they dispersed peacefully. 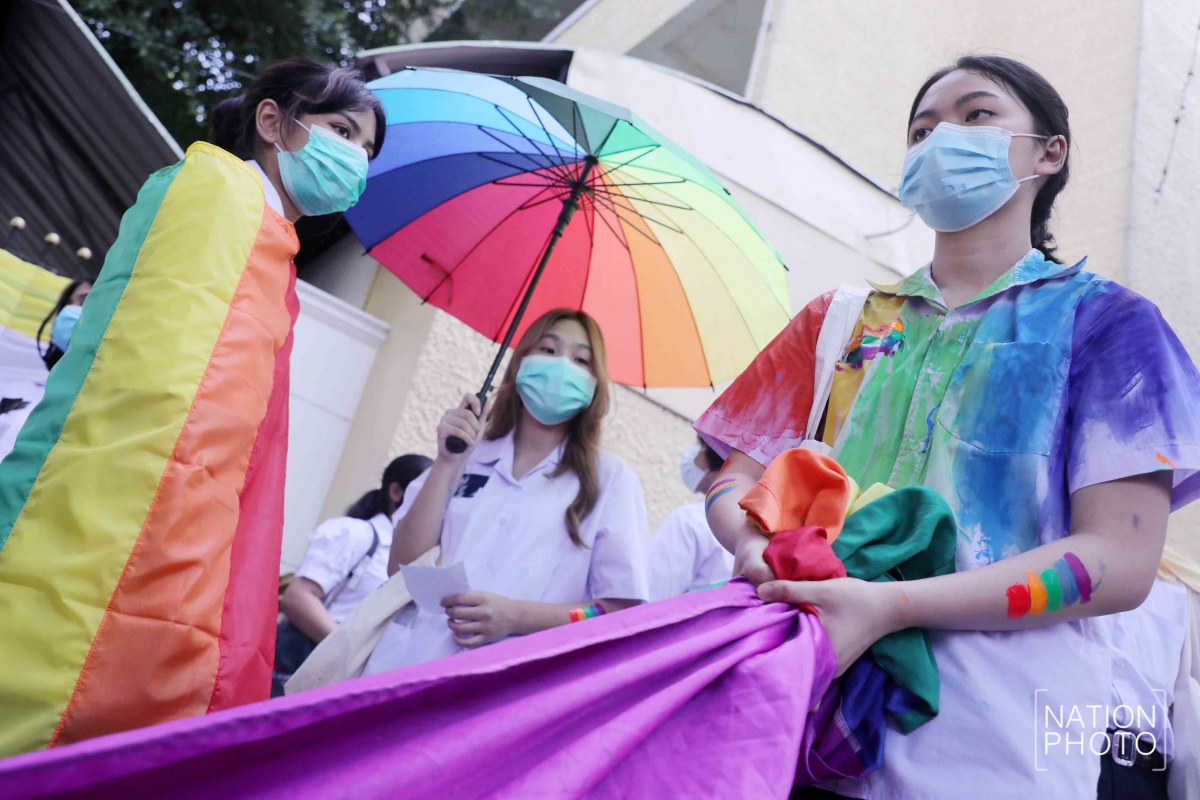