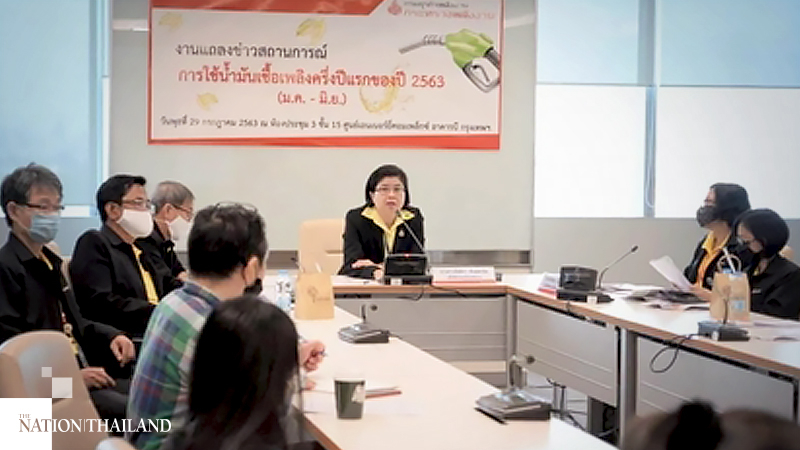 “Originally, we planned to announce E20 as the basic benzene fuel on October 1, but had to postpone this indefinitely because most of the ethanol – a key ingredient in E20 – was being used to manufacture hand sanitiser gels for the prevention of Covid-19. The department will now propose the plan to the new energy minister once he takes the place of minister Sonthirat Sonthijirawong, who recently resigned,” she said.

“We expect the move to be announced in nine months after it gets approved, as the cancellation of gasohol 91 will require some time for petrol stations and consumers to adapt,” Nanthika said.

“In the first three months, we will use a price mechanism to attract users to switch to E20, while the remaining six months will go for refineries to gradually slow production of gasohol 91.”

The department also instructed petrol stations nationwide to change the name tags of diesel fuel from October 1 to prevent confusion. B7 diesel will be called B7 biodiesel and B20 diesel will be termed B20 biodiesel.

Nanthika also said the department would present to the new minister a pilot study on trading palm oil via blockchain.

“Currently, we have three companies interested in joining the project – Energy Absolute, Pathum Oil and New Biodiesel, which will buy 120,000 litres of pure palm oil [B100] at Bt23.16 per litre,” she said.

“This will push the price of oil palm bunches to Bt3.2-Bt3.6 per kg, which is higher than the recommended price of Bt3.13 by Commerce Ministry,” she added.