Free Youth activists and students held a political gathering in Nan province yesterday (July 29), criticising the government in a protest titled “Little Voices from Nan Locals” and “Nan Whispers to Uncle to Amend the Constitution, Resign, and Dissolve Parliament”. 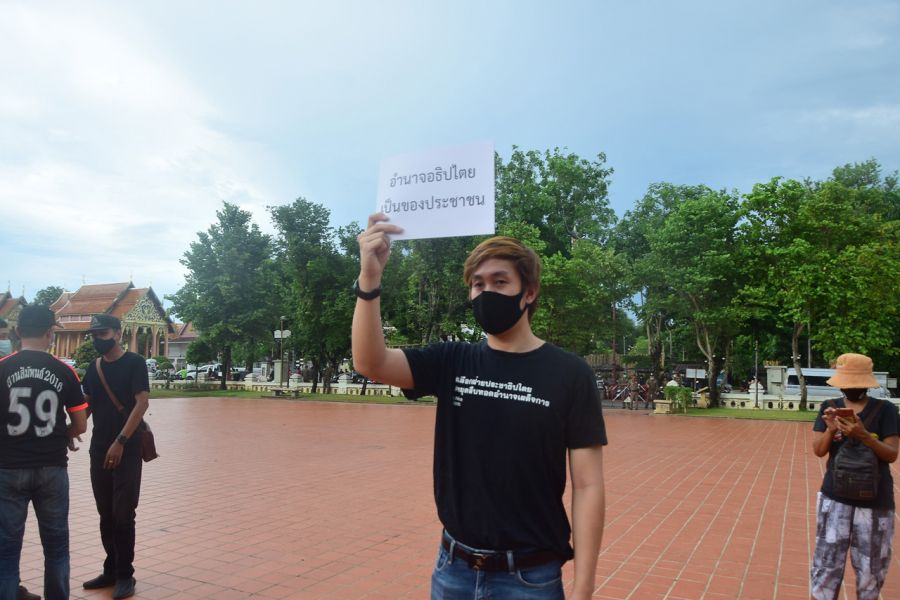 The protest was held outside Wat Phumin temple from 4.45pm to 6pm under the watchful eye of the police as the protesters had asked them for permission to assemble. 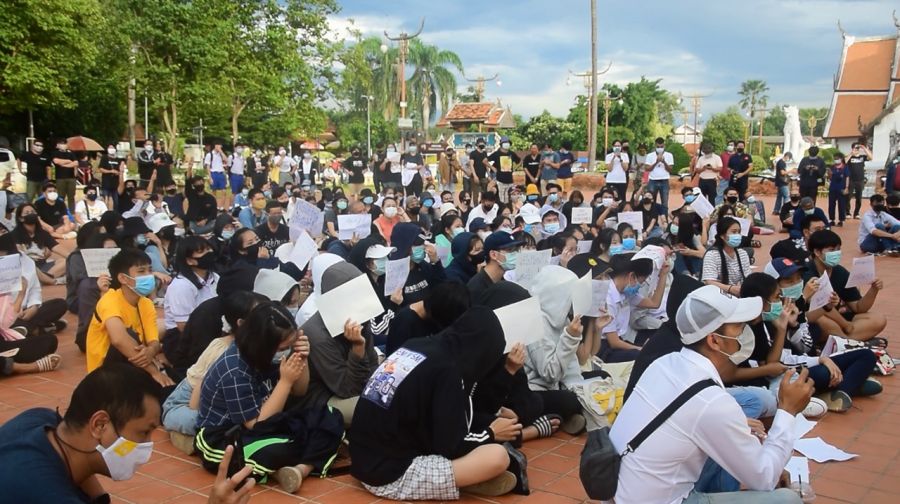 The protest was organised under “new normal” measures, having screening points for people and officials who came to the area. 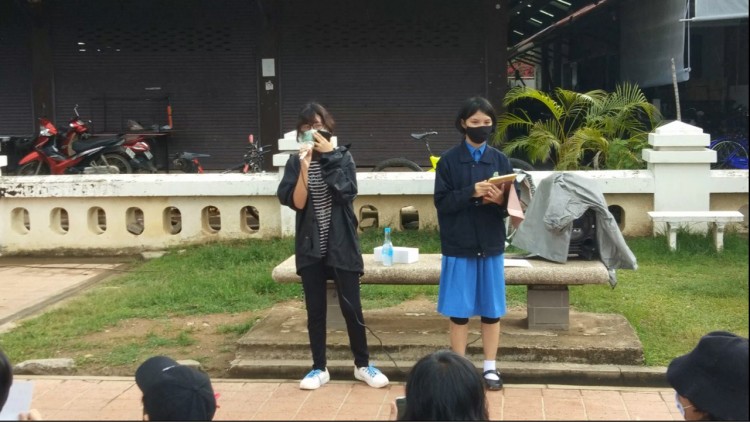 The event started at 4.45pm with a statement from protestor's representative named Chusana, who talked about the aim of the gathering as well as her view on politics, society, the economy and human rights.

She also asked other protesters not to make a loud noise, use obscene words or talk about key institutions in a negative way. Besides, the protesters were urged not to dispose their trash in “unsuitable” places.

Other protesters, using amplifiers, talked about “expelling the junta”, dissolving dissolvement and amending the Constitution. 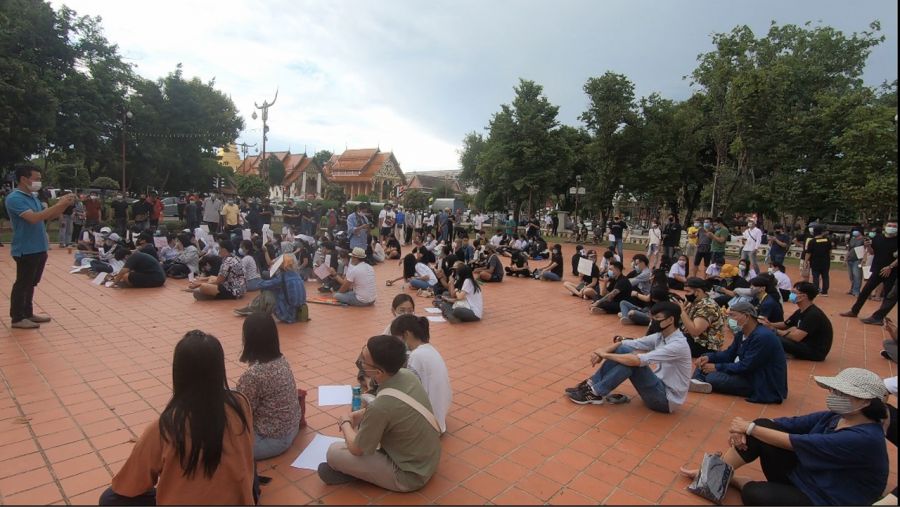 The gathering disbanded with protesters making the three-finger sign for 112 seconds and chanting “democracy belongs to the people”.