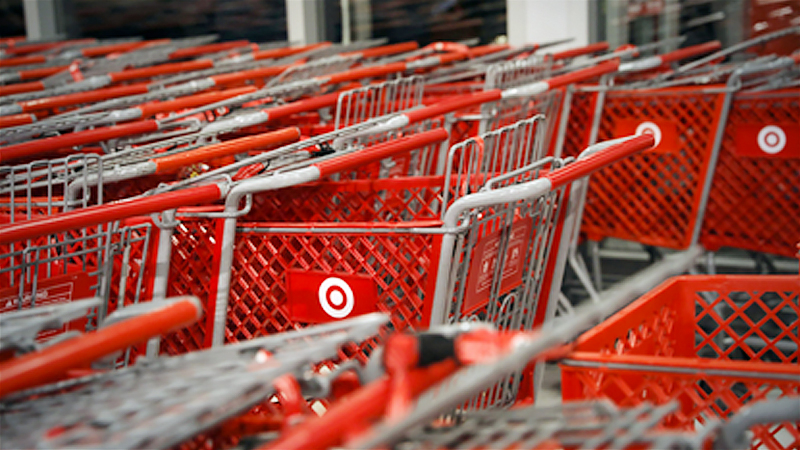 WASHINGTON - The nation learned Thursday that the U.S. economy endured its worst slump on record this spring, but a larger problem now looms: The nascent recovery appears to be faltering in July, and lawmakers are more divided than ever over what to do about it.

The risk is growing that the economy is going to backslide, a painful scenario where workers who regained jobs in May and June lose them again, and businesses that had started to reopen are forced to shutter, possibly forever. It's already happening in parts of the country that are seeing a spike in coronavirus cases.

With a vaccine still months away, there's a growing consensus among economists that the best tool the nation has to prevent a long, ugly downturn is for Congress to go big on another relief package.

Out of 25 economists surveyed by The Washington Post, 20 urged Congress to pass a stimulus of $2 trillion or more. The others, mostly conservative economists, agreed that Congress needs to act by mid-August. They favored a roughly $1 trillion package.

"If we don't go big, we are going to pay for it for years and years," said Claudia Sahm, one of the leading experts on recessions who is now director of macroeconomic policy at the Washington Center for Equitable Growth. "My concern about a backslide is getting more serious every day."

Right-leaning economists said Congress should focus on ways to make the nation safer, including at schools and workplaces, so people can resume more daily activities. Now is not the time to worry about the debt, they say.

"This recession was a huge consumption shock. Health care, food, transportation, all those things collapsed," said Doug Holtz-Eakin, a former economic adviser to George W. Bush and John McCain. "We have to do things to ensure people's safety and make them feel confident to go back out. Spend what you need to do it."

Back in March when the economy was beginning to fail due to the forced shutdowns, lawmakers rallied around the idea that they were rushing to shore up the economy through a short-lived public health crisis, agreeing to pass over $2 trillion in stimulus they believed would see the nation through the summer, when they hoped the pandemic would ease.

And it largely worked. Small and large businesses received lifeline loans to stay afloat. Poor and middle-class Americans received $1,200 payments to ensure they could pay rent and buy food and medicine. Laid-off workers received an extra $600 a week to prevent widespread poverty.

While there were still painful bankruptcies and long lines at food banks, many like Olga Kaufman, who lost her retail job at a mall in Amarillo, Tex., were able to make car and rent payments, a big contrast to the 2008-09 recession when Kaufman's car was repossessed.

"I was one of those that in 2008 I kind of lost everything: My apartment, my car and my career," said Kaufman, 57. "This time the $600 unemployment benefit saved me. I was able to keep my car and keep paying for health insurance."

By early June, as much of the country had reopened and businesses brought back more workers than expected, there was hope that the recovery was on track. President Trump was proclaiming this was a "rocket ship" recovery.

But new surges in the pandemic have managed to outlast the relief funds, throwing a new layer of uncertainty on the economy's future. It now appears the recovery is fizzling.

New unemployment claims have climbed the past two weeks to 1.4 million, an alarming sign that layoffs are likely becoming permanent. Credit and debit card spending has retreated in July, real-time data show. Consumer confidence plummeted this month with large drops in Michigan, Florida, Texas and California where coronavirus cases are on the rise. And trackers of small-business revenue are once again declining.

The pandemic's drag on the economy "has proven to be a lot worse than what we originally projected, even a few months ago," Raytheon Technologies CEO Gregory Hayes said this week on an earnings call, a sentiment echoed by other business leaders.

Lawmakers are now faced with two options, assuming they are able to pass anything in August: Throw another short-term economic fix at the renewed economic crisis, like they did in March, or go bolder with a more longer-term economic stimulus package.

Many economists who don't normally like to get political are urging Congress to go big. They say the data is telling a clear story: The economy is in danger and needs substantially more aid so it won't get worse.

"Momentum is fading," said Jim O'Sullivan, chief U.S. strategist at TD Securities. "The more stimulus there is, the better the economy will do over the next three or four months."

Michael Feroli, chief U.S. economist at J.P. Morgan said he has shifted his views in recent weeks as more bleak data has come in.

"A month ago, I would have said $1 trillion [stimulus] might be adequate, but with the softening in the high-frequency data, the recovery is starting to look a little more fragile," Feroli said.

Federal Reserve Chair Jerome Powell put it this way at his news conference Wednesday: "We've got to hope for the best and plan for the worst."

The last of the financial lifelines to workers that Congress passed in March expire Friday, making the economy especially vulnerable to another drop - what some call a "W" shape or "double dip" recession.

Lawmakers are now debating a small or piecemeal spending option versus bigger, bolder and more complicated ones. Conservative Republicans like Sens. Ted Cruz, R-Tex., and Rand Paul, R-Ky., don't want another relief package, arguing that Congress has already passed close to $3 trillion in aid, and the nation can't afford to beef up the national debt even more.

The Trump administration is pushing for a short-term fix on jobless benefits and resurrecting a moratorium on evictions. The Senate may vote on a short extension to some version of extra unemployment aid next week.

The other school of thought is to do something bigger: Senate Majority Leader Mitch McConnell, R-Ky., pitched a $1 trillion plan that would extend but trim back federal jobless benefits while giving more money to the small business Paycheck Protection Program, among other things. Democrats want to go much bigger with a $3 trillion plan that would fully restore enhanced jobless benefits, while also dedicating money for cities and municipalities facing their own budget shortfalls.

Many economists worry this is Congress' last chance to act before the election and there won't be another bill until February. It's another reason many urge Congress to do more.

"We should be trying different things: stimulus payments, unemployment benefits, aid to state and local governments, aid to small businesses," said Gus Faucher, chief economist at PNC Financial Services. "Some of these things will be more effective than others, but it's much better to err on the side of excess."

Alan Tonelson, founder of the RealityChek blog, which has been supportive of Trump's trade policies, said: "Senate Republicans need to recognize it will be crucial to their political survival. Much more than $1 trillion is needed."

Already, layoffs are rising again, according to a weekly U.S. Census survey. State and local governments are cutting jobs as they run out of funds. And more and more business closures are becoming permanent, Yelp data show.

All of this impacts people's psyches as they see friends losing jobs and their favorite restaurants and stores closing forever. As consumer confidence falls, people spend less. Credit and debit card spending has declined from mid-June levels, data from the Opportunity Insights Economic Tracker show. That can lead to even more business closures and more job cuts.

Dottie Williford is a travel agent in Durham, N.C., who used to earn six figures most years. In 2020, she hasn't had a paycheck since February. Like many, she initially thought the blow to the travel industry would be temporary. She hoped her clients would be traveling to Europe again this summer. Now she is starting to believe she'll be lucky if any clients travel by early 2021. January and February are normally her highest earning months.

"I thought by June everything would be back to normal. Then I started panicking," said Williford, who has sharply cut back her spending. "I'm starting to worry we won't be traveling by January or February. That would sink me."

Many small businesses have exhausted their Paycheck Protection Program loans. Goldman Sachs notes more than 80% of PPP loan recipients will be out of PPP money by the first week of August. Fewer than 20% can maintain payroll without more federal aid.

The popular $1,200 "stimulus checks" that many Americans received in April and May have also mostly been spent. On top of that, the roughly 30 million Americans receiving unemployment benefits through mid-July are about to receive a large cut in aid as the extra $600 a week "bonus" expires Friday, meaning most will go from receiving $930 a week to $330.

Democrats want to extend the $600 weekly payments. They argue it helps keep people out of poverty and it boosts the economy. Republicans propose extending it at $200, citing studies showing over half of the jobless are receiving more money on unemployment than they did at their old job.

Economists disagree on whether Congress should extend the full $600 or a lower amount. But the consensus is the federal government is risking even longer bread lines - and more harm to the overall economy - if nothing is done.

A bipartisan group of economists, including Jason Furman, Barack Obama's top economist, and Glenn Hubbard, George W. Bush's top economist, crafted a plan that would extend it by about $400 in states with high unemployment and scale it down as the economy improves.

The nation currently has 5.4 million job openings and about 30 million people on unemployment.

Kaufman, the unemployed retail worker in Texas, is one of them.

"I'm getting zero job interviews," she said. "I went myself to the mall and it was a ghost town. There was no shopping. People are hunkering down and not spending money at all."