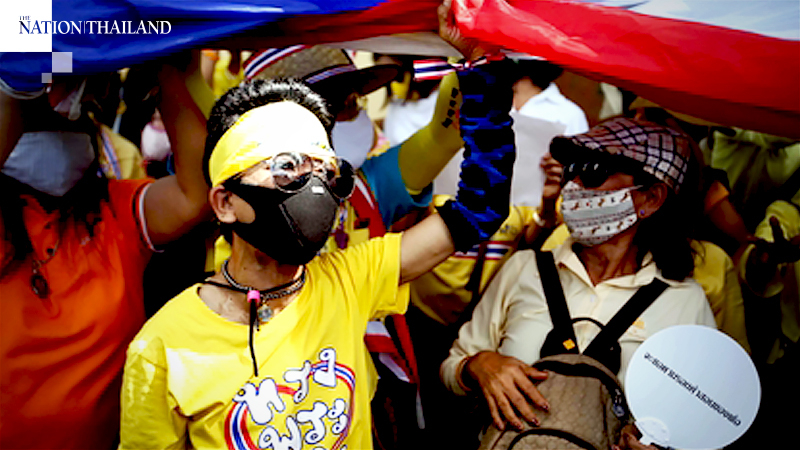 A group of royalists calling themselves the Archeewa Chuay Chart group, or Vocational Students Helping the Country, gathered at the Democracy Monument on Thursday (July 30) to protest against students for portraying the country’s key institutions in a negative manner.

Pro-democracy activists, meanwhile, mocked the so-called vocational students, saying they looked like they were from the Bang Khae Home for aged people.

Under police supervision, the group played rousing songs and declared that their event was peaceful and in line with the emergency decree.

Tossapon Manoonyarat, a representative of the group, slammed groups like the Student Union of Thailand and Free Youth, saying he had evidence of them insulting the monarchy. 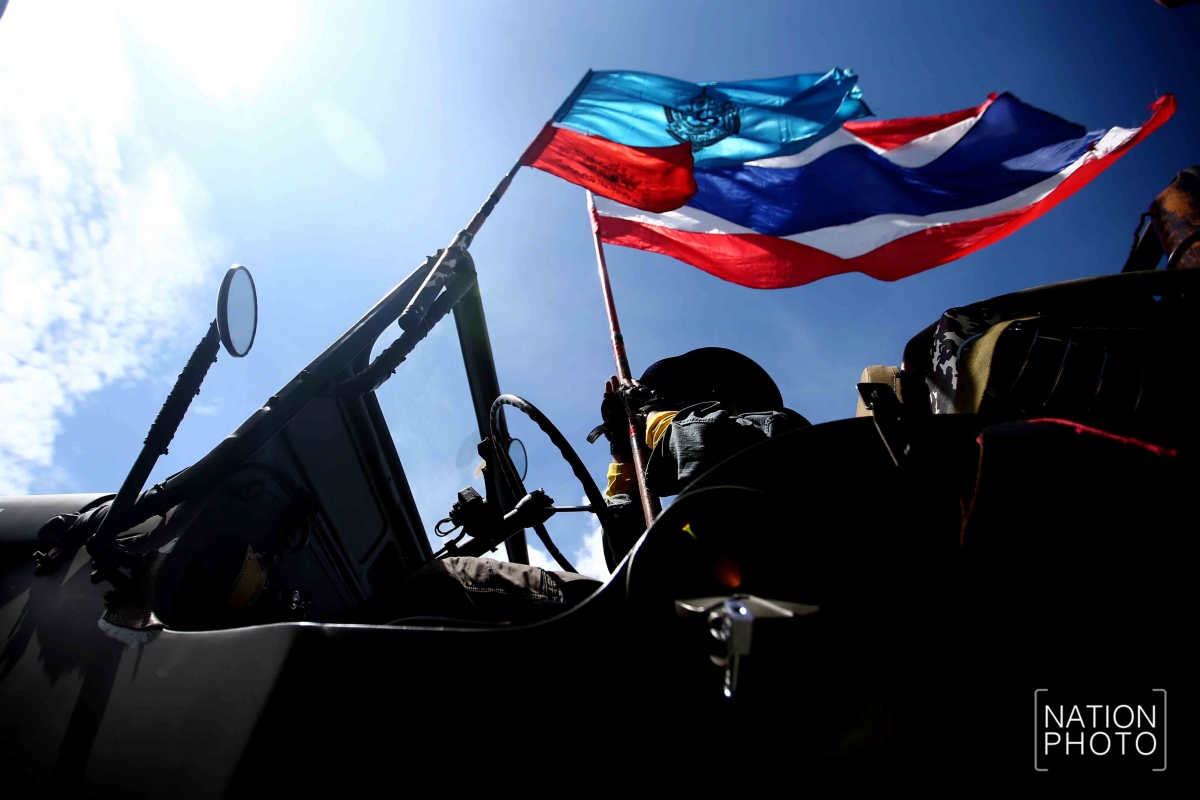 He said his group does not oppose political gatherings, but is concerned about violent clashes.

The protesters also held up three fingers to signify the nation, religion and king and yelled “long live the king” before dispersing.