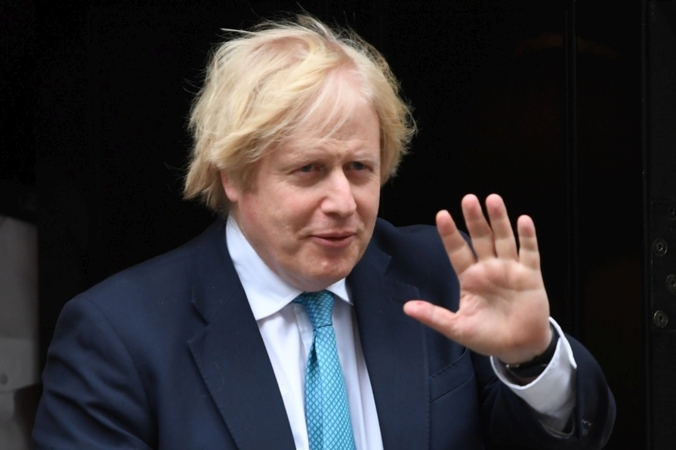 More than 4 million people across a large part of northern England must comply with tighter lockdown rules after Boris Johnson's government rushed to tackle a new spike in coronavirus cases.

Residents in Greater Manchester, and parts of East Lancashire and West Yorkshire will no longer be able to meet indoors with members of other households, Health Secretary Matt Hancock said.

"We take this action with a heavy heart," Hancock told Sky News. "We've seen that households meeting up and a lack of social distancing is one of the causes of this rising rate of coronavirus, and we'll do whatever is necessary to keep the country safe."

The surprise announcement, affecting more than 4.3 million people, came late on Thursday. It provoked criticism from Johnson's own Conservative politicians representing the area, who objected to the blanket restrictions when some districts were not seeing an increase in infections.

For Johnson's administration, as well as Britons across the country, the fear will be that the new measures in the North are just the start of a wider crackdown as the virus takes off again, and that the economy will suffer another devastating blow. The premier was attacked for his handling of the initial peak of the pandemic, which left the U.K. with the highest death toll in Europe and facing one of the heaviest economic hits of any developed country.

As before, Johnson will try to balance the need to keep control over the disease with avoiding a full lockdown of businesses across the country. But it is not yet clear whether the U.K.'s new testing and tracing program will be able to keep track of infections well enough to allow authorities to target measures effectively.

The snap decision to tighten the rules in the North, first communicated on Twitter, reflects the government's growing unease about the virus's renewed spread. Johnson earlier warned of a surge in cases in Europe and urged the public to keep their "discipline." Underscoring reasons for his concern, the U.K. registered 846 new Covid-19 cases Thursday, the highest daily total this month.

At the same time, the government partly eased social-distancing rules in Leicester, which weeks ago became the first English city to have to cope with tougher local restrictions. The government is now allowing pubs and restaurants to reopen, but said members of different households still shouldn't mix indoors.

The new measures spurred confusion. Lisa Nandy, the shadow foreign secretary whose Wigan constituency lies within Greater Manchester, expressed frustration on Twitter that the rules "aren't clear" but said people can still go to public places where social-distancing measures are in place, and can still travel to work.

The sudden announcement further underlined how mixed messaging has dogged the government's handling of the crisis from the outset.

"No one would argue with putting in place local action to reduce the transmission of coronavirus," Labour leader Keir Starmer said. "But announcing measures affecting potentially millions of people late at night on Twitter is a new low for the government's communications during this crisis."

Among Johnson's own Conservatives, there was also unease. Conservative MP William Wragg said treating all 10 districts in the Greater Manchester area as if they were the same was "not the right approach," a view endorsed by Graham Brady, a senior Conservative who represents a nearby constituency.

Another local Tory, Jason McCartney, said he'd told government officials directly on a Zoom call of his "surprise and disappointment" that his Colne Valley district was included in the new restrictions.

The renewed curbs on social contact in parts of the North reverse easements made earlier in July. In the parts of northern England affected, people will still be able to go out to work. They can go to pubs and restaurants but not to meet members of other households.

Hancock's statement came hours after authorities lengthened the self-isolation period for coronavirus patients to 10 days from seven. The guidance was issued by England's Chief Medical Officer Chris Whitty and his counterparts in Scotland, Wales and Northern Ireland, and is effective immediately.

Officials are also monitoring the uptick of the virus abroad. On Friday, Luxembourg will be removed from the list of countries that are exempt from rules requiring people to quarantine themselves upon returning to the U.K. from abroad, the Foreign Office said on its website. Last weekend, travelers from Spain were told to self-isolate for 14 days after arrival.