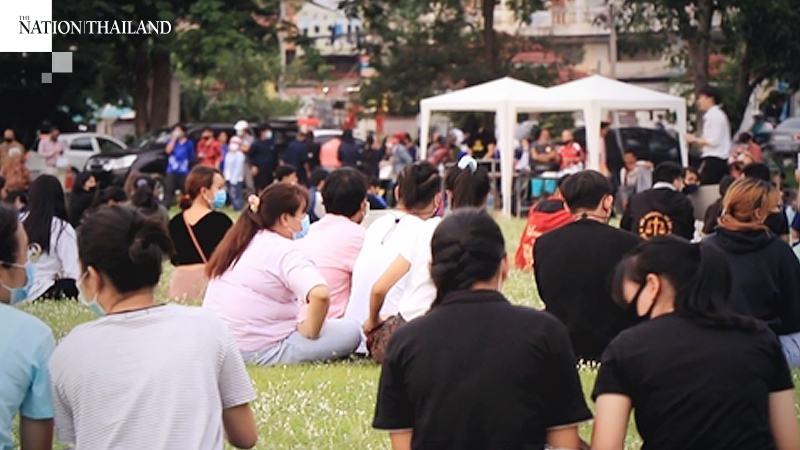 More than 1,000 people, including school and college students, gathered at Naresuan University in Phitsanulok province on Friday (July 31) to protest against the government.

The protest leaders made speeches criticising the failures of the current government in political, social and economic matters, while the others held up signs with messages in their support.

They also slammed the "corrupted justice system" in Thailand, citing the case of Vorayuth "Boss" Yoovidhya, scion of a billionaire family, who was cleared of all charges in an alleged fatal hit-and-run case.

The leaders also raised the issue of the disappearance of Wanchalearm Satsaksit, 37, a pro-democracy activist who went missing from his apartment in Phnom Penh. There has been no progress in the search for the activist.

They switched on flashlights as a symbol to depose the premier and issued three demands: dissolution of Parliament, rewriting the Constitution and stop using government power to intimidate the public.