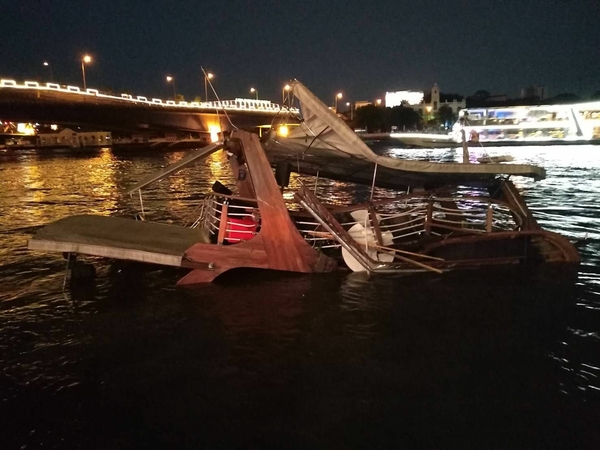 A three-storey-high cruise ship sank in the Chao Phraya River near a pier late in the evening on Sunday, but all 75 passengers and staff were evacuated to a nearby pier.

At 8pm on Sunday, Pak Khlong San Police Station was alerted about the High Season 1 sinking near a private pier in Soi Somdet Chaophraya 1 in Bangkok’s Khlong San district.

Jakkri Sriraksa, 31, a staff from Khlong San Rescue Volunteer Foundation who had arrived at the scene before the police, reportedly told officials that the boat had picked up Thai and foreign tourists from a pier of a hotel on Rama III Road for a cruise on the river. 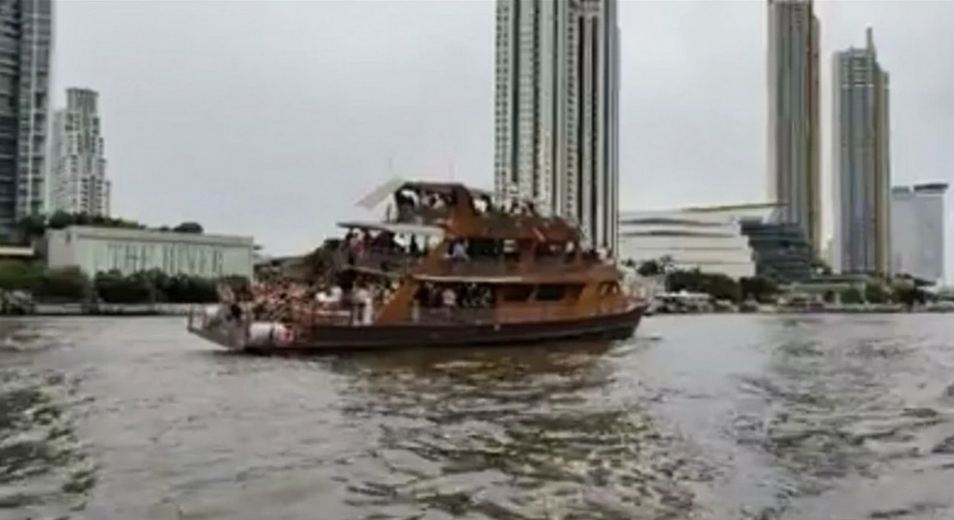 “The ship made a U-turn to return to the hotel when it reached Phra Pok Klao Bridge. The operator noticed that the ship was tilting to the right side, probably caused by a leak,” he said. “They radioed the nearest pier for emergency embarking and safely evacuated all 75 passengers and staff on the shore.” 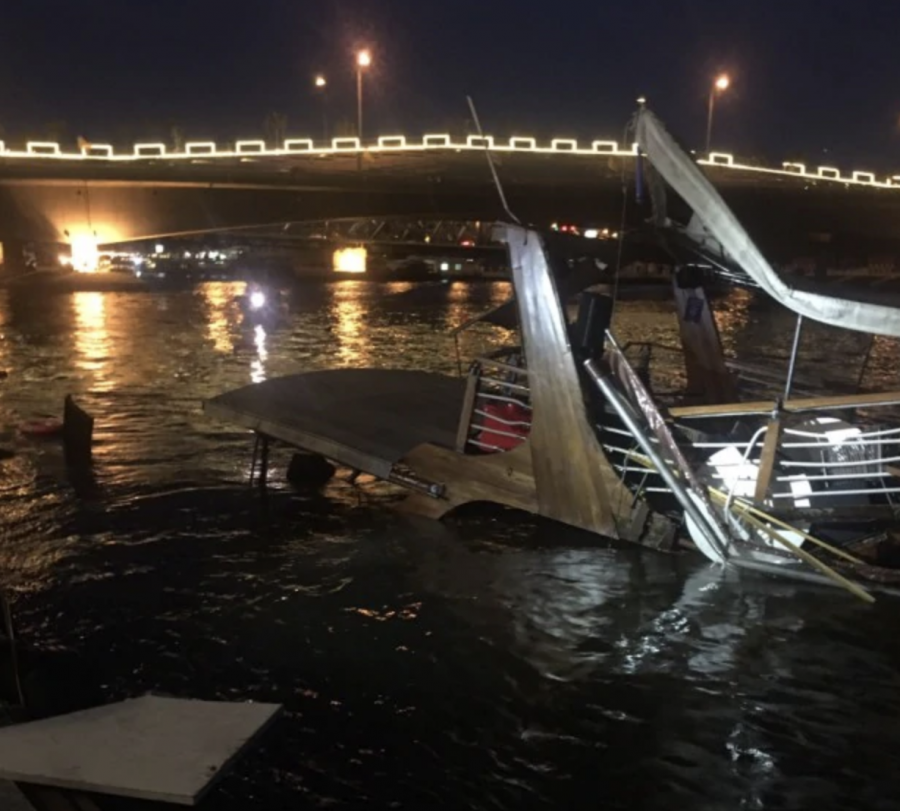 An initial investigation revealed that the boat was registered by High Season Resort Co located in Trad province, while the boat operator was being interrogated at the police station to find the cause of the accident.

“The ship was carrying 60 passengers, most of them Thai and Chinese tourists, while the rest were staff,” said Pol Maj-General Samrid Tongtao, chief of Metropolitan Police 8.

“Officials have contacted the Marine Department to salvage the ship from the river. There are no reports of the accident causing damage to any public property and there were no casualties.” 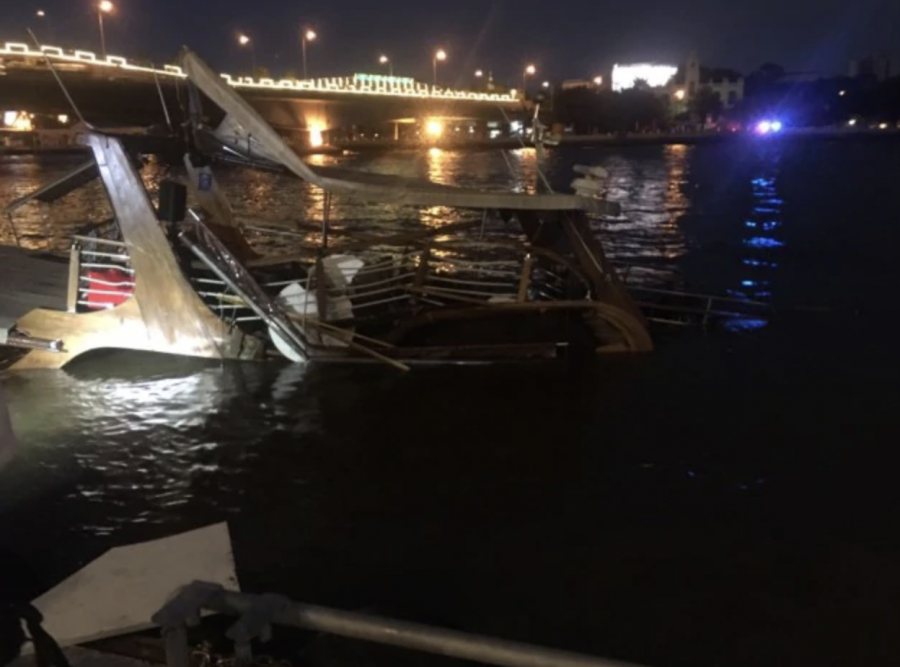