Floods swamped over 1,000 rai of farmlands and a highway in Nong Bua Lamphu province.

Thonglan Kesthongma, the mayor of Na Klang district in the province, said on Sunday (August 2) that the downpour that has been covering the province since July 30 has caused flooding in several areas of the district and cut off Highway 210 which runs from Udon Thani to Loei province.

“Small vehicles cannot use the road at the moment, while officials have dispatched backhoe loaders to dig the roadside areas to drain the water as quickly as possible,” he said.

“Local officials also reported more than 1,000 rai of agricultural areas were damaged from the floods, including rice paddy, sugarcane plantations and fish ponds. 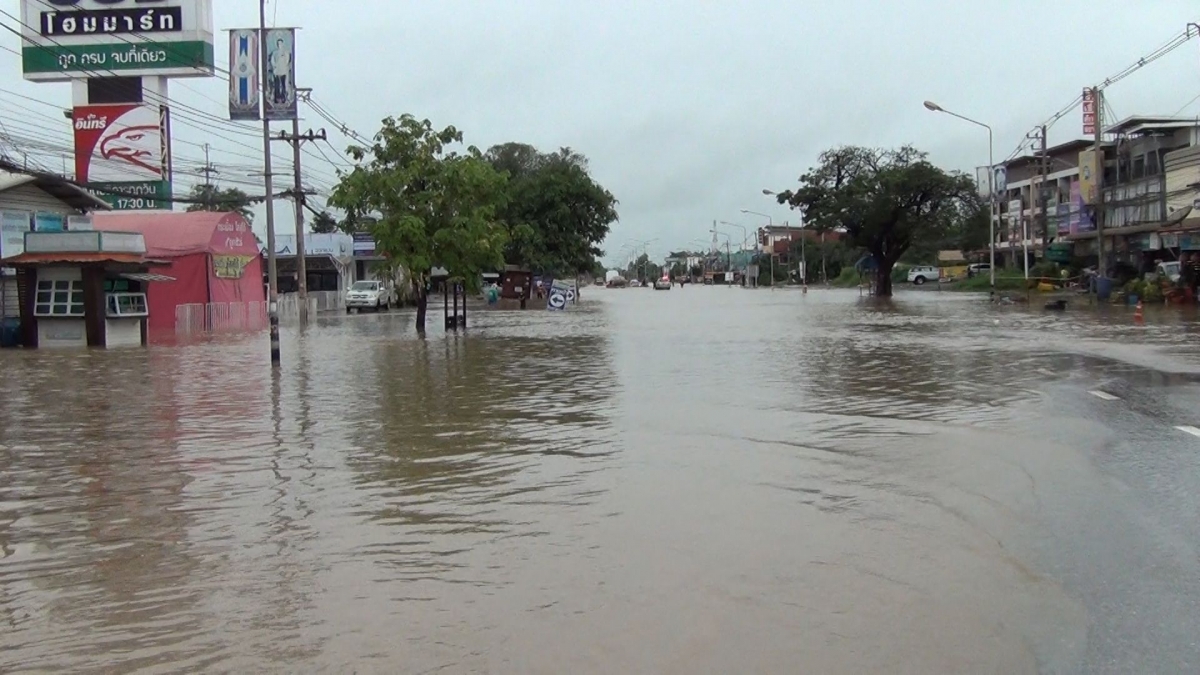 “If the rain continues, the flood will reach residential areas in the municipality zone in the next few days, as more water mass from Loei province will need to flow past Na Klang district to Ubol Ratana Dam in Khon Kaen,” he added.

Meanwhile, Nong Bua Lamphu Governor Somjet Jongsupphawisalkit has instructed all district chiefs to warn people of flash floods and prepare for evacuation, as well as move their properties to higher ground. Rescue staff have also been instructed to check their equipment and vehicles are ready for dispatch.