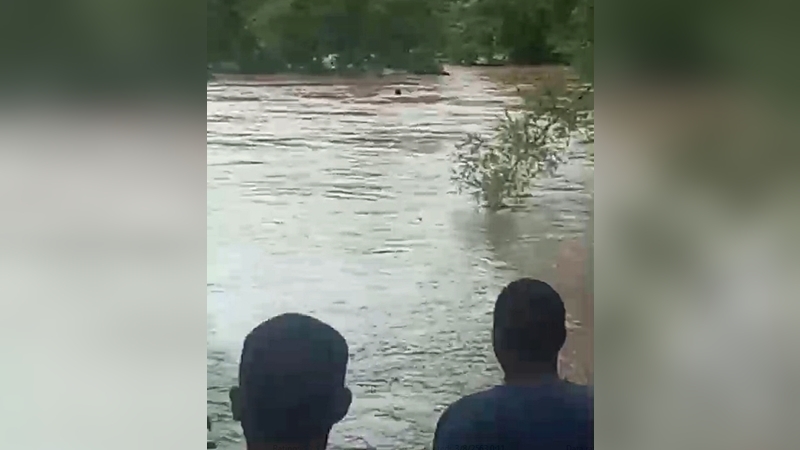 Four people had a miraculous escape after being dragged for a kilometre by flash floods in Uttaradit province on Sunday (August 2).

The flood was a result of Sinlaku tropical storm, which caused the destruction of 30 houses in Faktha district while the Office for Prevention and Mitigation in the province has begun the rescue operation until August 4.

At 3.30pm, 20 rescue volunteers went to Faktha district to save four residents who were dragged away by a flash flood.

One of the volunteers said that they only saw their heads in the water when the team arrived. They then told the victims to hold on to something.

They tried to grab some branches and the rescue team sent a boat out to rescue them from the surging waters.

The four said they were returning from a corn field in a boat but the water current was too strong and their boat flipped over.