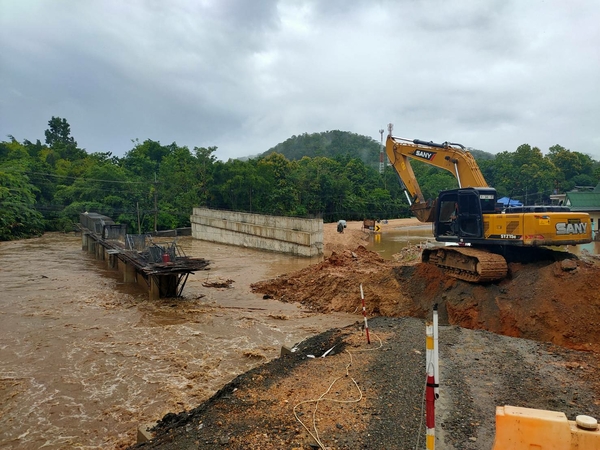 “Officials have been working to drain the water from the areas and have successfully fixed five out of six points where flooding was reported,” he said. “Now only the point at kilometre 32.9 on the Chiang Mai-Chiang Rai Road is still submerged.”

Nant also added that officials have helped people residing along the road to evacuate the areas to avoid possible flash floods. They were transported to Ban Pang Daeng School and Mae Takhrai National Park where officials have provided temporary lodging, food and drinking water. It is expected that everyone in the risky areas will be evacuated by Monday. “As the rain continues to pour, the water level could rise further and make it harder to fix the flooded road,” he said. “As I recall, this flood could be the worst in the past 15 years in Pa Miang.”