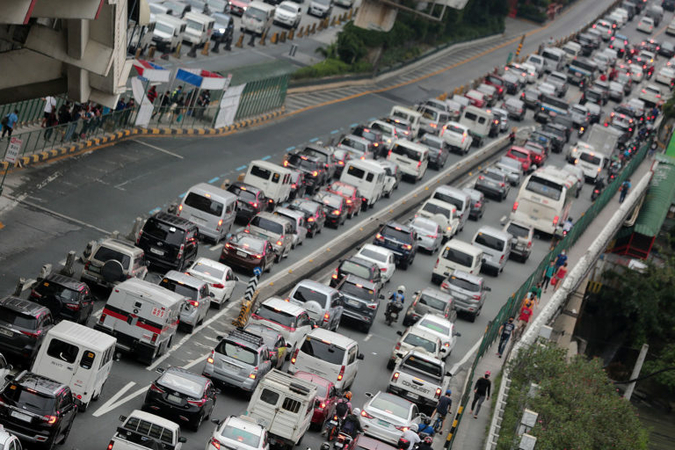 MANILA, Philippines — More than 27 million Filipinos in Metro Manila and surrounding provinces go back into lockdown on Tuesday after a warning from exhausted health workers that the Philippines is losing the battle against the new coronavirus.

Heeding the health workers’ warning, President Rodrigo Duterte late on Sunday directed local officials in Metro Manila, Bulacan, Laguna, Cavite and Rizal to enforce modified enhanced community quarantine in their provinces anew for the next two weeks, and to see to it that cities, towns and villages are free of the new coronavirus that causes the severe respiratory ailment COVID-19.

In an open letter to the President on Saturday, 80 medical groups representing 80,000 doctors and a million nurses said they were exhausted and falling ill, and warned that the health-care system would collapse without tighter controls.

More than 5,000 medical workers have contracted the virus, including 500 in the past week, Department of Health (DOH) figures show. Thirty-eight have died so far.

The health workers urged the government to place Metro Manila and outlying provinces back on enhanced community quarantine, or lockdown, for two weeks to give them “timeout” to recover from exhaustion and allow the government to recalibrate its response to the pandemic.

The number of confirmed coronavirus infections in the country surged past 100,000 on Sunday. There had been more than 2,000 deaths and over 65,000 recoveries since the start of the outbreak, leaving the country with more than 38,000 active cases being cared for in hospitals and quarantines.

The government’s economic managers opposed a return to lockdown, saying Filipinos must learn to live with the virus, which would not go away until a vaccine became available.

Duterte approved the reimposition of less stringent controls on Metro Manila and the surrounding region from Tuesday up to Aug. 18, saying he could not order stricter measures because the government was already “scraping the barrel” for funds to help the poor who lost their livelihood during the lockdown imposed in March to halt the spread of the coronavirus.

“You tell me to lock down Metro Manila and other places in the country so there will be no more transmission. The problem is, we have no more money. I cannot give any more food and money to the people,” Mr. Duterte said in a televised address after a meeting with Cabinet officials.

The President rejected calls to fire Health Secretary Francisco Duque III, saying “nobody expected that thousands will get sick in one day.”

He said he would expropriate hotels and convert them into hospitals should the country run out of hospital space.

The government is currently using more than 2,000 hotel rooms as quarantines for mild COVID-19 cases and patients who show no symptoms.

Under the moderate quarantine rules, people are ordered to stay home unless they need to buy essential goods. People are allowed to go to work, but public transportation is suspended, with businesses instructed to provide shuttle service for their employees.

“Only one person can ride a motorcycle. Do not use your shields, because motorcycles are for one person only,” Roque told a news briefing on Monday.

Quarantine passes are required to keep people at home, and only one person from every household is allowed to go shopping for essentials.

“This is not something new for our countrymen in Metro Manila and the four nearby provinces,” said Police Lt. Gen. Guillermo Eleazar, chief of law enforcement for the government’s coronavirus response.

Mass gatherings are prohibited and restaurants are permitted to do takeaways only under the modified quarantine.

In shopping malls, government front-line services are allowed to operate on skeleton workforce, while hardware stores, clothing, bookstores and sellers of electronic equipment are allowed to run at 50 percent capacity.

Domestic flights and interisland travel are also banned, and only few international flights are allowed.

Barbershops, hair salons and other personal-care services, moviehouses and other entertainment and leisure enterprises are not allowed.

Roque said the President also approved the hiring of 10,000 additional health workers, calling to active duty of reservists and enlistment to the military.

Duterte, Roque said, also approved additional benefits for health workers, such as risk allowance for staff at private hospitals handling COVID-19 cases, P10,000 to P15,000 for health workers who get sick, free accommodation and transportation, and free and frequent testing.

The President also green-lighted the use of reverse transcription-polymerase chain reaction as the standard test in the government’s expanded testing program.

Roque said minimum health standards would be strictly enforced and 20 million protective masks would be given to the poor.

Sen. Panfilo Lacson said the continuing rise in the number of infections showed the current policies were insufficient to stop the spread of the virus.

“What we need is to restrategize because something is not going right. That’s clear because if the approach to resolve the pandemic is right, we should not be in this mess,” he said.

Lacson said President Duterte’s continued defense of Duque had become “very frustrating” as he pointed out that he and 13 other senators had adopted a resolution demanding the health secretary’s resignation for incompetence.

Sen. Nancy Binay urged the Inter-Agency Task Force for the Management of Emerging Infectious Diseases to expand its communication of the coronavirus response to cover “every street, every establishment and every household.”

Sen. Grace Poe proposed that private businesses hire jeepneys to transport essential workers so that the drivers could “have a source of income.”