A police inspector was among four people found shot dead in a commercial building in Bangkok’s Yannawa district.

At around 12.30am on Tuesday (August 4), Thungmahamek Police Station was informed about the shooting incident on Rama III Road Soi 66.

Police found four dead bodies -- two males and two females -- on the ground floor of the four-storey building, which served as a gambling den with a discrete entrance. One of the victims was Pol Lt-Colonel Watthaseth Samniangprasert, investigation inspector from Samaedam Police Station. 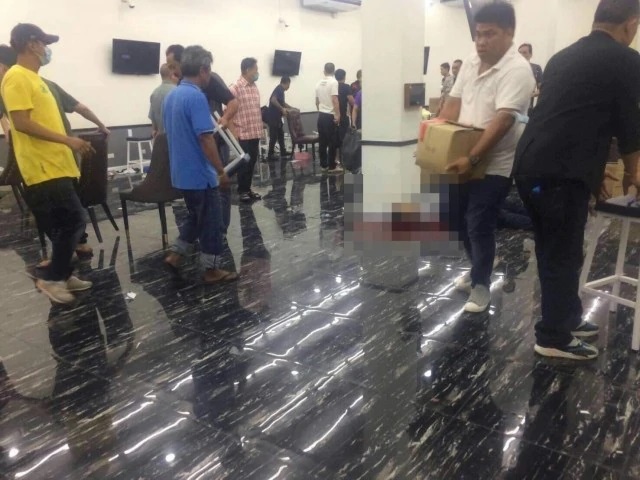 Police did not unveil the names of the remaining victims and are looking for clues of the shooter, who was belived to have already fled the scene. They also speculated that the cause of shooting might have been disagreement over gambling debts.

Locals who live near the building said that they had heard multiple gunshots from the building at around 10pm on Monday.

“The building was known to be a gambling den featuring baccarat and assorted arcade games, and it has changed owners several times,” they added. “It is estimated that there were around 60 people inside the building when the shooting occurred.”