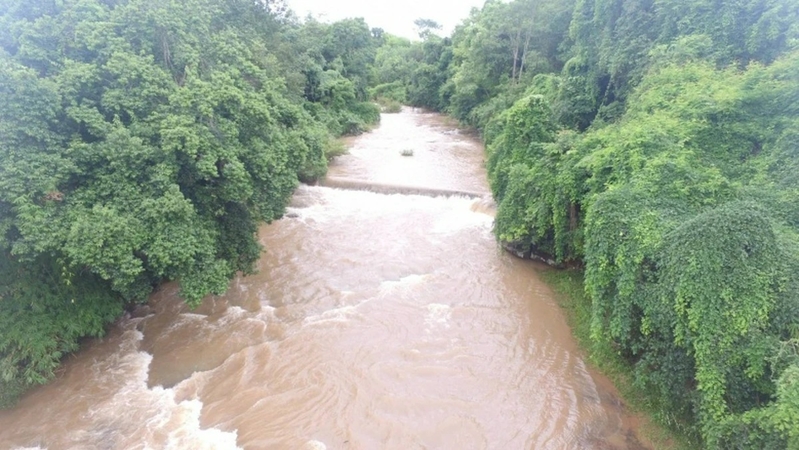 The body of the principal of Ban Huay Hia School in Phitsanulok’s Nakhon Thai district was found by a military rescue team in Khan River on Monday evening.

Nopphadol Saenkhwa, 53, was reported missing since Sunday (August 2) evening after he went to fish in Khan River with Kwanfah Hemalud, 40. The river is located around 4km from Ban Lad Kheu Village where they live.

Kwanfah said that they were fishing in a shallow area of the river where water was at waist level. “However, heavy rains caused the water level to rise rapidly so we decided to swim back to shore, but got swept away by the strong river current,” he said. “I was able to get back to shore with the help of nearby villagers, but Nopphadol who was following me was not found.”

Kwanfah dislocated his right shoulder after being hit by a rock when they were swept away by the current.

The 39th Military Circle in Phitsanulok province dispatched military personnel and a rescue helicopter to search the river. On Monday evening, they found the body of Nopphadol stuck to a tree trunk in Khan River, around 3km from the point he was fishing the night before. His body was transported to Somdet Phra Yuppharat Nakhon Thai Hospital for autopsy to determine the cause of death.