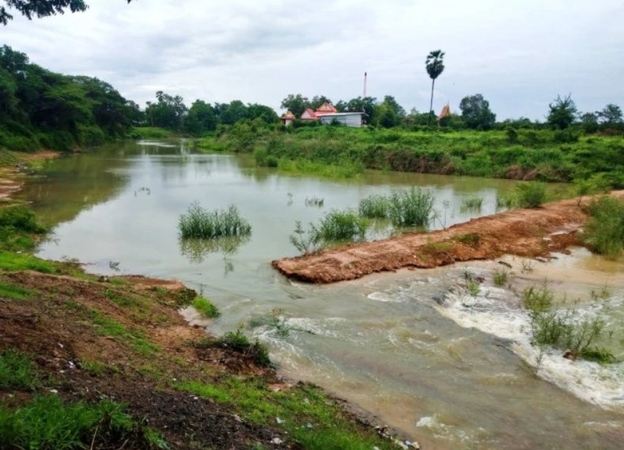 Phichit’s Yom River is flowing again for the first time in seven months, and though the level of water is lower than usual, it is moving fast enough to destroy the check dams built up by locals.

A report released last month said very little rain has fallen in the district, causing the river to dry up, which in turn is affecting fishermen and farmers.