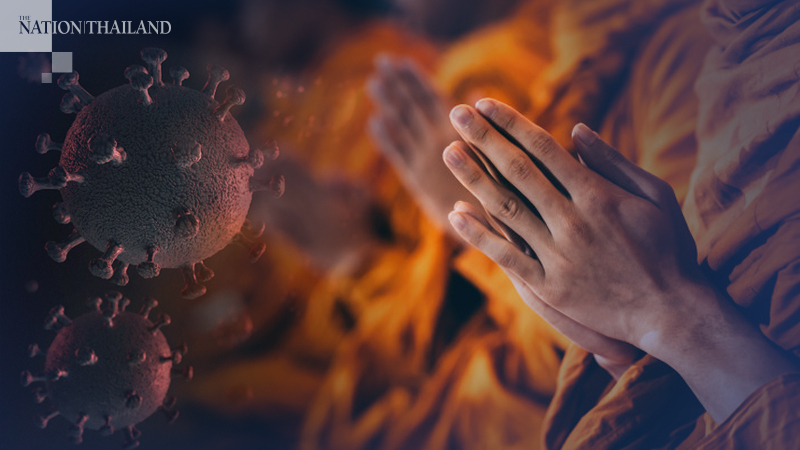 The Foreign Ministry is monitoring a Thai temple in the US where three Thai monks fell ill with Covid-19.

The three monks were infected at their Las Vegas temple, bringing the number of Thai Covid-19 cases in the US to seven after four other Thai nationals tested positive there last month, said Foreign Ministry spokesperson Cherdkiat Atthakorn on Tuesday (August 4).

The latest cases are among a group of five monks who took Covid-19 tests on July 13. Of the three monks who tested positive, two were sent to hospital and placed on respirators, while the other was quarantined at the temple with mild symptoms. The abbot and another monk are symptomless but also in quarantine at the temple, which reopened in July after being closed since February.

The four Thais infected last month had recovered and were quarantining in their accommodation, the spokesman said. There had been no reports of other Covid-19 infections or deaths among Thais in the US, he added.

Cherdkiat said the Royal Thai Consulate-General in Los Angeles has sent the protective gear to the Thai temple and community, and was monitoring the condition of the infected monks.