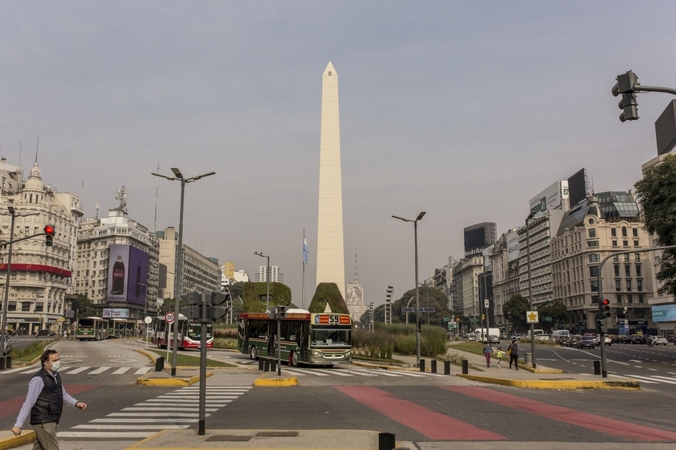 Argentina and its largest creditors struck a deal to restructure $65 billion of debt, setting the stage for the South American nation to emerge from its third default since the turn of the century.

The government said in a statement Tuesday that the deal with key creditors would provide "significant debt relief" and that interest and capital payment dates for some new exchange bonds were moved forward to reach the agreement. While the statement didn't provide a net-present value for the agreement, people with direct knowledge of the matter said the deal is worth about 54.8 cents on the dollar.

The agreement is the product of months of talks between the government and large investment firms including BlackRock Inc., Ashmore Group Plc, and Fidelity Investments, and is the first step toward stabilizing a struggling economy. Inflation hovers near 45%, the peso has lost more than half its value in just a few years and gross domestic product is set to shrink for the third consecutive year.

"The revised offer was close to what the largest creditors could accept, who in turn understood that the country's repayment capacity was limited," says Richard Segal, a senior analyst at Manulife Investment Management. "It's very beneficial to the extent it was reached quickly, far quicker than any previous time, and without much acrimony, despite a lot of lobbying and second guessing by informal advisers and pundits."

The country and its creditors had volleyed offers for weeks, negotiating over the length of the payment delay, changes to the legal language in the bonds' contracts, how interest on the securities issued in the restructuring would be paid, and the amount of principal haircut -- if any -- to stick investors with.

But the major breakthrough came in an Aug. 2 call between Argentine Economy Minister Martin Guzman and BlackRock Inc managing director Jennifer O'Neil, according to people familiar with the matter. The two sides discussed an agreement where bondholders would receive a value close to the midpoint of the two most recent offers from creditors and the Argentine government. 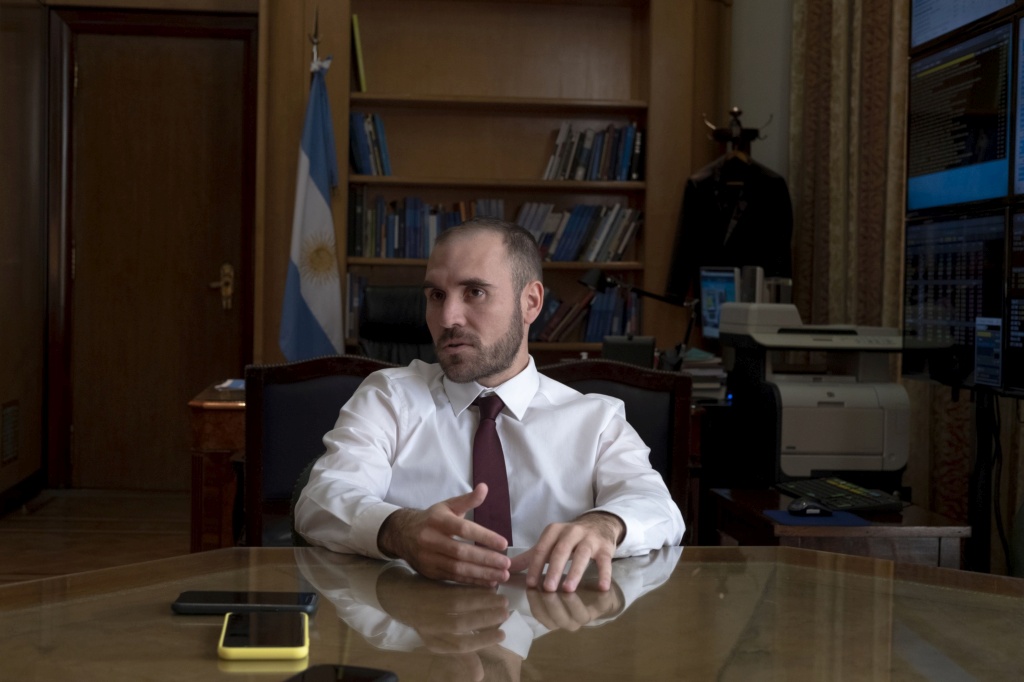 Under terms of the accord with the Ad Hoc Group of Argentine Bondholders, the Exchange Bondholder Group, the Argentina Creditor Committee and other investors, the country will extend its debt offer invitation until Aug. 24, while the settlement date remain Sept. 4.

The 54.8 cents on the dollar is well above where most of the country's debt is trading -- around 45 cents on average -- but represents a painful loss for creditors who rushed to lend a few years back on hopes that then-President Mauricio Macri would spur years of growth.

But Macri wasn't able to accomplish what he promised, and the investment-led boom failed to materialize as inflation soared and the country was forced to turn to the International Monetary Fund for a record $56 billion bailout. The leftist Alberto Fernandez took over as president in December and began steps to restructure, saying the debt load wasn't sustainable.

Argentina's euro-denominated bonds due in 2023 rose 1.3 cent to 42.33 cents to yield 46.9%. The nation's dollar bonds rallied to the highest since February on Monday.

The agreement paves the way for the country and its largest creditors to drum up the support needed to finalize a restructuring. Notes issued in 2005 and 2010 require sign-off from at least 85% of holders of all bonds affected to make changes, versus the two-thirds or 75% threshold on securities issued more recently.

Argentina's three main bondholder groups say they represent 60% of bonds outstanding from the country's previous restructurings -- known as exchange bonds -- and 51% of the outstanding global bonds issued from 2016.

With the debt deal with bondholders near complete, Fernandez must now turn his attention toward the International Monetary Fund as the country looks to resolve issues with its senior creditor and replace the failed financing arrangement signed under Macri in 2018.

Fernandez must also focus on reigniting an economy that has been shuttered for months, and sparking growth as the country braces for one of its sharpest economic contractions on record. Bank of America analysts are forecasting a 13.5% decline in gross domestic product this year, while Argentina's central bank economists expect a contraction around 12%.

The country must do this all while continuing to rebuild its depleted foreign reserves. Argentina is bleeding precious dollars, even with capital controls in place that keep the peso's official exchange rate overvalued while the unofficial free exchange rate slides.

The central bank has said it could ease capital controls once the debt talks are resolved, and Argentines are bracing for the government to devalue the official exchange rate to encourage exports and bring more dollars into the economy. Argentina's international reserves hover near a four-year low, totaling less than they did when the IMF program began in 2018.