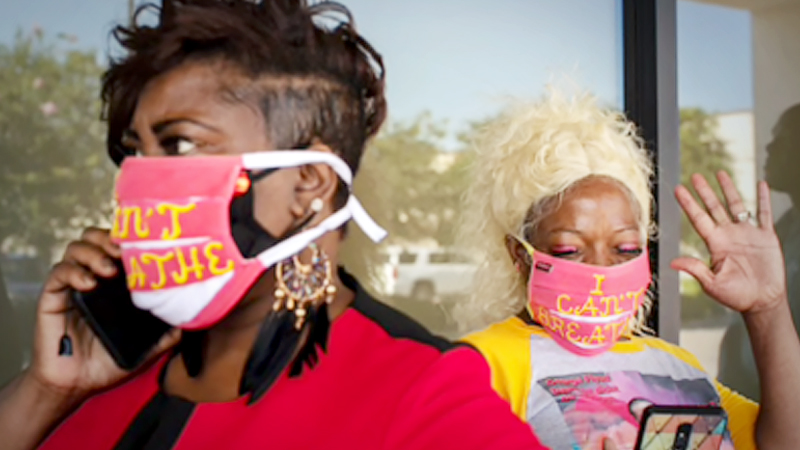 WASHINGTON - The White House and Democratic leaders agreed to try to finalize a deal to address lapsed unemployment benefits and eviction restrictions by the end of this week and hold a vote in Congress next week, suddenly trying to rush stalled talks in the face of growing public and political unrest.

Senior White House officials said Tuesday that they made "very concrete offers" to Democrats related to unemployment benefits and eviction protections, and after days of bickering both sides now appear to be trying to move closer to a compromise.

The four have been meeting nearly daily for a week. Their agreement Tuesday on a specific timeline to reach an overall deal constituted the most concrete progress yet. It suggests that the White House has backed off efforts to pass a stand-alone extension of unemployment benefits - and will stand down, at least for now, on more recent threats to act unilaterally through executive orders if no deal is reached with Congress.

"I may not have to sign [executive orders]. Progress is being made," President Donald Trump told reporters at the White House.

Pelosi and Schumer pointed to signs of progress in earlier comments to reporters.

"We agree that we want to have an agreement," Pelosi said, adding: "This takes time, and it takes specificity."

The quartet will meet again Wednesday.

The talks came as Senate Republicans began to stress that they will need to stay in Washington until a fresh round of pandemic aid is enacted, worried about facing the wrath of voters if they go home without one with coronavirus deaths rising and the economic recovery stalled.

The Senate had been scheduled to adjourn for its August recess starting next week, but that is not looking feasible.

Trump has said he could act unilaterally on coronavirus relief if no deal were reached, claiming he has the power to step in and address the eviction issue, among other things - though it's not clear how that would work in practice.

The White House and lawmakers are struggling to resolve the significant gulf that remained between the Democrats' initial $3.4 trillion offer and a $1 trillion GOP package that did not have unified support of Senate Republicans.

Pelosi has not publicly backed down from her support for the Democrats' bill, but Mnuchin scoffed at the idea that Republicans would be adopting that proposal.

It was unclear what concessions had been made on either side, and Meadows contended that the concessions made by the administration were "far more substantial" than those the Democrats offered.

Schumer also said the Democrats had requested a meeting with the postmaster general, Louis DeJoy, for Wednesday to discuss issues with delay in delivering mail.

Earlier Tuesday, inside a lunch with Senate Republicans, Meadows and Mnuchin said Trump was prepared to enact some sort of executive order on pandemic relief, according to people briefed on the meeting, and no senators raised any objections to that plan.

White House officials eager to break the logjam had stepped up their talk in recent days of Trump acting unilaterally on key administration priorities, including the expiration of unemployment benefits and a moratorium on evictions.

Meadows has considered taking money already approved by Congress and redirecting it for federal unemployment benefits, according to three people aware of internal administration deliberations who spoke on the condition of anonymity to discuss the private matter. The White House counsel's office is assisting Meadows in the review of the legality of the repurposing of some of these funds, two of the people said. The president has said publicly that he is exploring the matter.

But the strategy faced significant hurdles, legal and otherwise, and some people in close communication with the White House said the idea was being studied largely to give the president greater leverage in the negotiations with Democrats.

The talks picked up urgency as GOP senators acknowledged that it would be difficult to return to their home states without a relief for their beleaguered constituents.

"How do you think it looks for us to be back home when this is unresolved?" said Sen. John Cornyn, R-Texas, who is running for reelection this November. "This is the most important thing we need to be doing."

"Real people are sitting back home and wondering, Why all the Kabuki games? Why can't we just do it?" said Sen. Marco Rubio, R-Fla.

Sen. Roy Blunt, R-Mo., a member of GOP leadership who help draft provisions related to education and health funding in the Senate Republican proposal, said there are areas of agreement with Democrats where negotiations could bear fruit.

"I think on testing, we're close. On schools, in reality, we would be close if they wanted to be close. On child care. Hopefully on vaccine," Blunt said.

He added that there were some issues - such as aid to state and local governments - where the parties remained far apart.

Republicans acknowledged their own divisions.

"I think I've made it very clear for some time now if you're looking for a total consensus among Republicans you're not going to find it, because we do have divisions about what to do," Senate Majority Leader Mitch McConnell, R-Ky., told reporters.

He said it was unlikely that the bill would pass Congress with broad support, such as the measures Congress approved to address the pandemic earlier this year.

"It's not going to produce a Kumbaya moment like we had in March or April, where everybody voted 'aye,' but the American people in the end need help," McConnell said. "And wherever this thing settles between the president of the United States and his team who have to sign it into law, and the Democrats' not insignificant minority in the Senate and majority in the House, is something I'm prepared to support, even if I have some problems with certain parts of it."