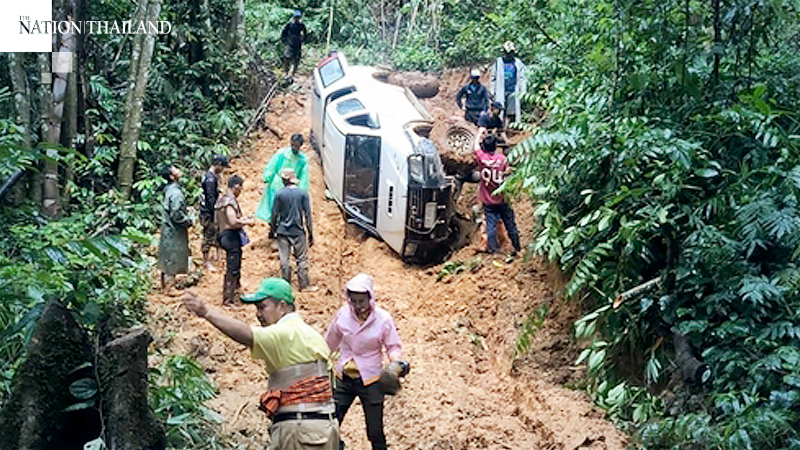 A medical team travelling in Kanchanaburi had a narrow escape when their vehicle flipped over yesterday (August 4) on the way to help residents from a storm-hit community located in Thungyai Naresuan Wildlife Sanctuary.

Luckily, no one was injured.

Social media user Somchai Thongphaphoomphontevee posted a video that showed the moment in which the vehicle, carrying the 20 medical personnel from the Sangkhlaburi district public health office, lost control while heading down a ramp.

The incident was caused by heavy rain that turned the road into a muddy lane.

The team, reportedly led by a doctor named “Chang”, who is soon to retire, travelled 300 kilometres to save people who live in the community that was cut off from the world due to heavy downpours.

After the video went viral, netizens voiced their support for the team, blessing them and hoping they would be protected from any harm as they help people in need.