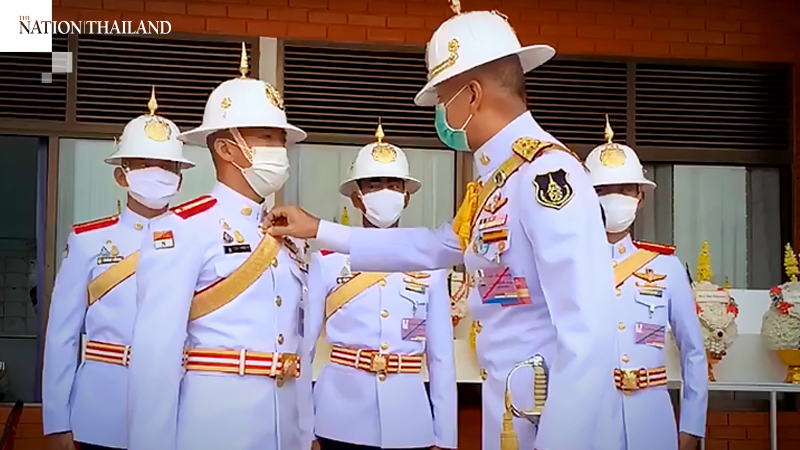 In a speech marking the 133rd anniversary of the Chulachomklao Royal Military Academy on Wednesday (August 5), Army chief General Apirat Kongsompong warned young cadets that people can recover from Covid-19, but not from “hatred of the nation”.

He was at the Nakhon Nayok-based academy with the prime minister and other top brass.

While checking the cadets’ uniforms, the general reminded them that the Covid-19 virus was not as scary as the illness of criticising one’s own country and that there was no vaccine against this “nation-hatred” disease.

Apirat told the press later that children should be taught to love their motherland, so they don’t grow up to be nation haters.

The Army chief’s comment was sparked by the frequent protests held by student activists demanding that the government dissolve Parliament, stop intimidating critics and rewrite the charter.

The most recent such demonstration was held on Monday under the “Harry Potter versus You-Know-Who or He-Who-Must-Not-Be-Named” theme. This rally, led by students from Kasetsart University and Mahanakorn University of Technology, kicked off at Bangkok’s Democracy Monument at 5pm and ran well into the night.

Dressed like characters from the series created by author JK Rowling, the protesters said they chose the theme because Thailand’s political situation is similar to that of the Harry Potter tale in which the arch-villain, Lord Voldemort, and his followers silence those who oppose them.

The protesters also warned that giving excessive power to the Palace undermines democracy in a constitutional monarchy, and called on the government to abandon or change relevant laws. They also called for the lese-majeste law to be amended to bring it in line with the principles of democracy and human rights, including the right to free speech.

Students began taking to the streets since July 18, once the Covid-19 outbreak began subsiding, and are now holding flash mobs nationwide on an almost daily basis.