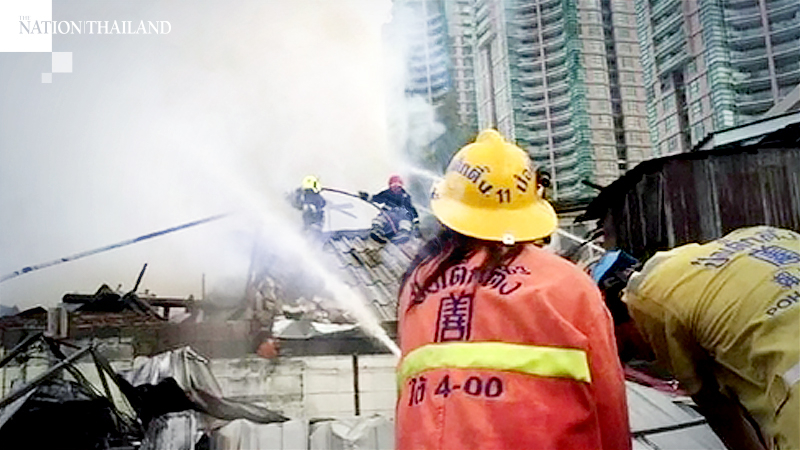 As many as 10 houses in a slum in Bangkok’s Charoenkrung area were engulfed by flames on Wednesday (August 5) and it took 10 fire engines 30 minutes to bring the fire under control. No casualties were reported.

Since many houses in the neighbourhood are made of wood, the fire started spreading quickly, prompting residents to dash out of their homes.

Resident Somsak Saelee, 53, said he had caught sight of a resident cooking and assumed that the fire had been sparked by a gas leak.