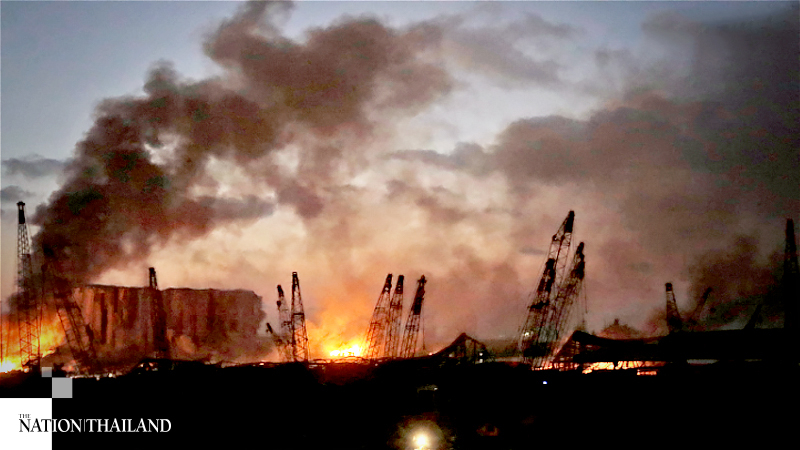 No Thai nationals have been reported killed or injured in the explosions that shook Beirut, Lebanon on Tuesday (August 4), the Foreign Affairs Ministry said today. At least 100 people were killed when blasts from an ammonium nitrate warehouse ripped through the port area of the capital.

Approximately 200 Thais live and work in Lebanon, mostly as labourers, but none had been victims of the blasts, said Cherdkiat Atthakorn, ministry spokesperson. He cited information from the Royal Thai Embassy in Riyadh, Saudi Arabia, which also covers Lebanon.

The Foreign Ministry has ordered the Embassy in Riyadh to monitor the situation closely.