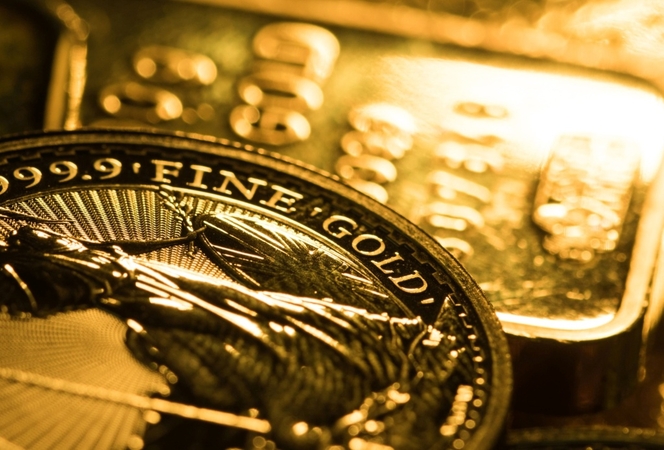 Gold rallied into record territory above $2,000 an ounce as investors assessed increased geopolitical risks and the prospect for further stimulus to combat fallout from the coronavirus pandemic.

Bullion is up more than 30% this year, with its haven status enhanced by sliding U.S. real yields. Gold could extend gains as governments and central banks respond to slowing growth with vast amounts of stimulus. The metal's appeal is strengthening as the dollar weakens and a long global recovery looms. Goldman Sachs Group Inc. forecasts a rally to $2,300.

"The stage has been set for gold to continue to climb higher," Paul Wong, market strategist at Sprott Inc., said in a report. "We see increased fiscal spending ahead, extremely accommodative monetary policy in place for years and a challenging economic recovery."

Shifts in the U.S. bond market have also underpinned gold's meteoric ascent. Real yields on 10-year Treasuries have collapsed below zero and hit a record low below -1% on Tuesday. After sinking 3.3% in July, the U.S. currency is now lower in 2020.

Meanwhile, U.S. and Chinese officials plan to assess the nations' trade accord this month against a backdrop of rising tensions between the countries, according to people briefed on the matter.

The latest tension "adds to an extensive laundry list of concerns that are sending investors toward safe-haven assets," Stephen Innes, chief global markets strategist at AxiCorp, wrote in an emailed note. Gold's "momentum is strong, likely coupled with some short covering."

The surge in gold does pose risks for a correction, with two major technical indicators suggesting the precious metal was already overbought before it broke through $2,000.

"A spike like this is inherently unstable, although behind it is a wide array of tailwinds and the daily physical evidence of the ETF numbers gives confidence to others," said Rhona O'Connell, head of market analysis for EMEA and Asia at StoneX Group Inc. "For as long as the markets are plagued with uncertainties about the duration and spread of the virus, then the overall risk will be to the upside."