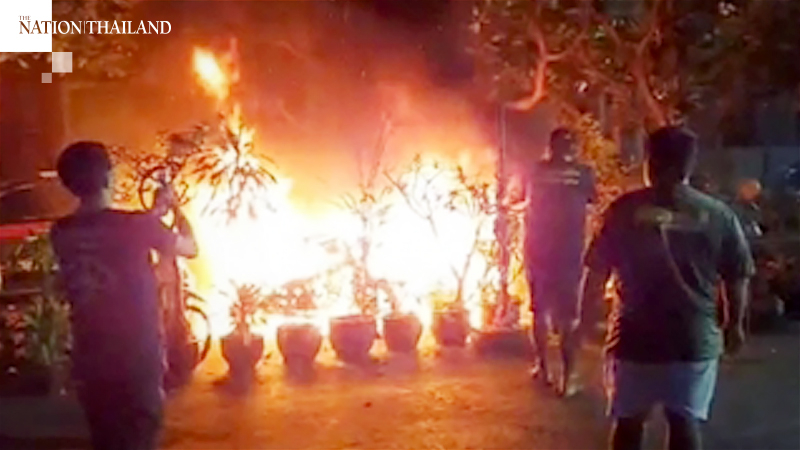 Four motorcycles caught fire at a parking lot in front of the Secretariat of the Prime Minister’s Building at Government House early today (August 6), but the flames were quickly extinguished and no one was injured.

Bangkok’s Dusit Station police were alerted to the parking lot fire at around 0.30am and rushed to the scene with fire trucks from Samsen Fire Station. But the flames were already put out by Special Branch Bureau police by the time the fire trucks arrived.

A Honda CBR 300, a Yamaha Filano, a Yamaha Fino and a Honda Wave were damaged in the fire. 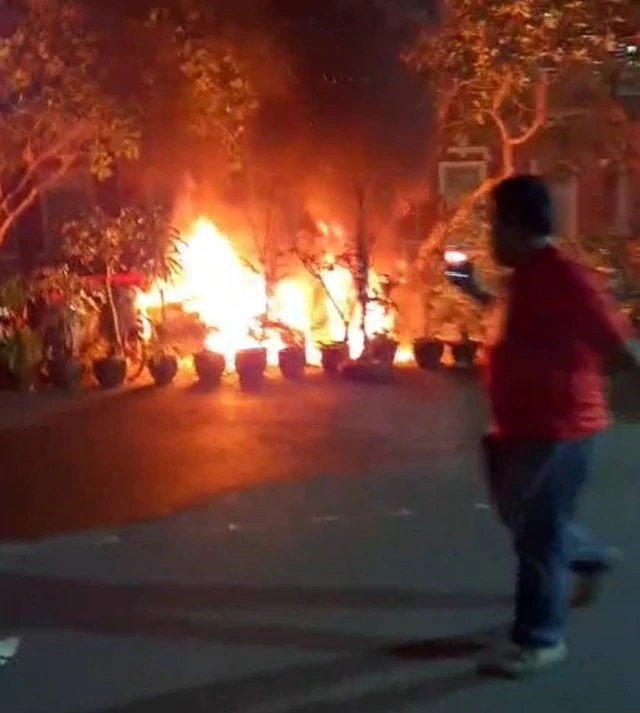 A witness reportedly told officials that he saw a spark from one of the motorcycles, which had been parked there for a long time, before the fire broke out.

Police are gathering evidence to determine whether this was an accident or attempted arson. 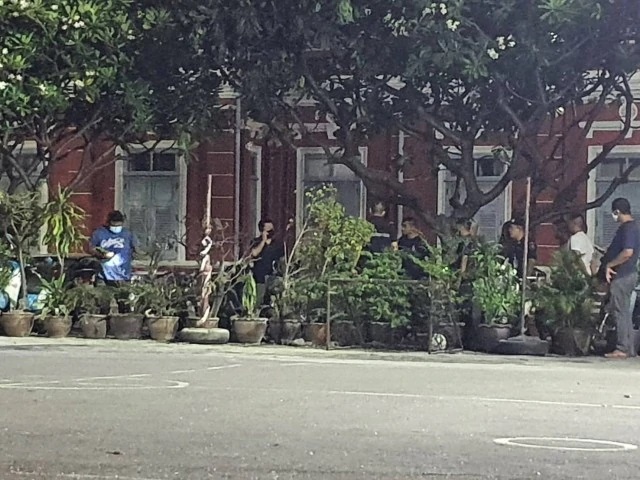