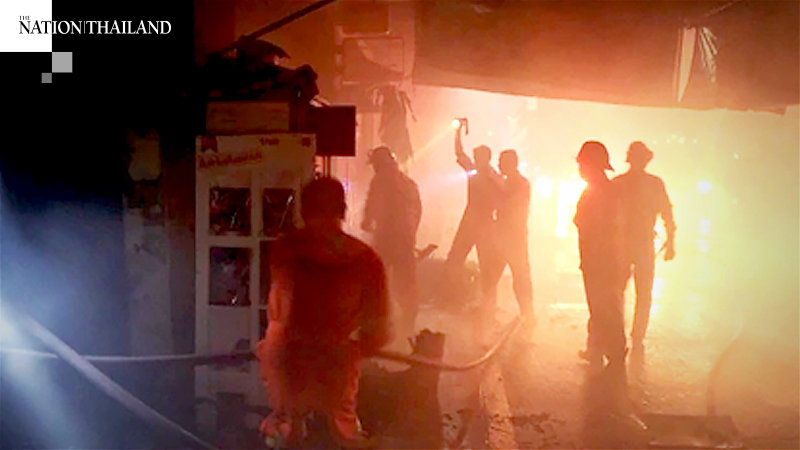 A fire broke out at an electrical appliances shop in Phitsanulok province late on Wednesday (August 5) and it took some 10 fire trucks nearly an hour to bring the blaze under control.

Police received a call at 11.30pm on Wednesday that the three-storey electrical appliance shop called Saharat Electronic in Phitsanulok’s Muang district was on fire.

A local resident said he called the police as soon as he smelled smoke emanating from the shop and heard something exploding. 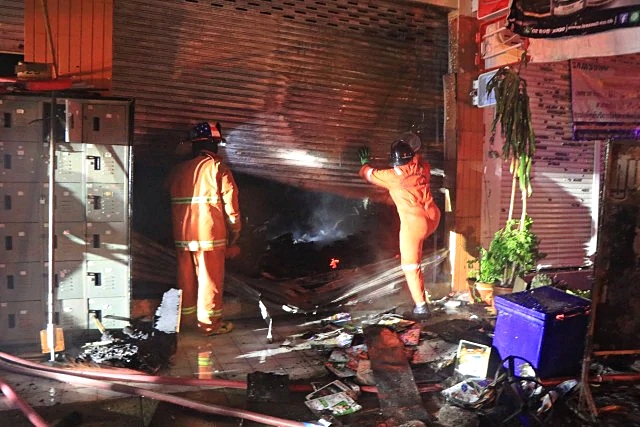 Shop owner, Atthapon Anuraksak, 50, said he was not on the premises when the fire was sparked, adding that he rushed to the scene as soon as a neighbour called to inform him.

All the appliances in his shop have been damaged, while firefighters also doused five tanks containing chemicals to stop them from exploding.

Police say an investigation has been launched to find the cause of the fire. 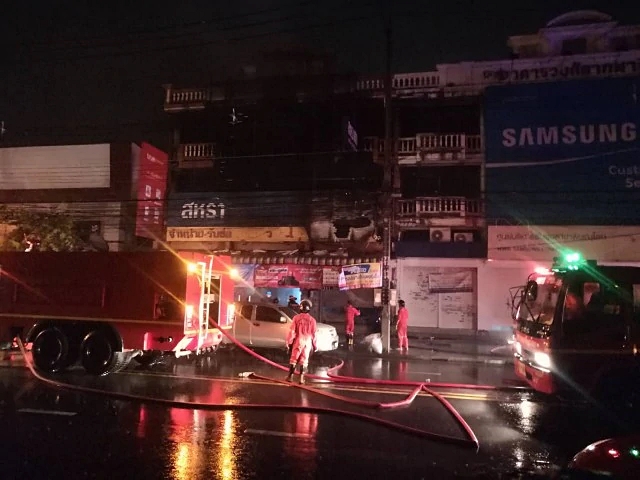