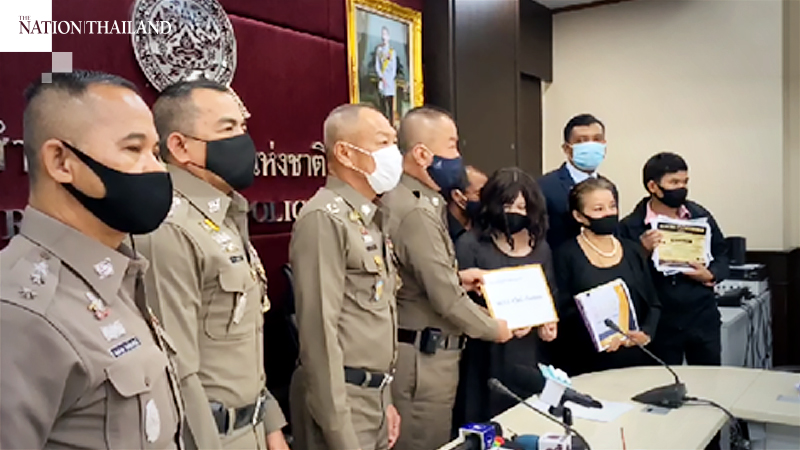 Some 30 people who claim they were tricked into investing in an online casino showed up at the national police headquarters on Thursday (August 6) to demand that action be taken against those are behind this fraud, which has cost them more than Bt500 million in damages.

The victims claimed that they had been talked into investing in the business by friends and acquaintances, who maintained that it was legal and certified overseas. They also said they had been told that several businessmen and high-ranking civil servants had invested in this scheme.

After joining with an initial investment of Bt10,000, they were talked into spending more on the scheme with a promise of 10-per-cent returns, one of the victims said, adding that they were also told that they will get their capital back after a year.

However, the investors have not received anything and are not able to contact the company they have invested in. The people who talked them into the scheme claim the company was affected by the Covid-19 pandemic.

The victims said they decided to contact police headquarters because no progress has been made on the complaint they filed with local police earlier.