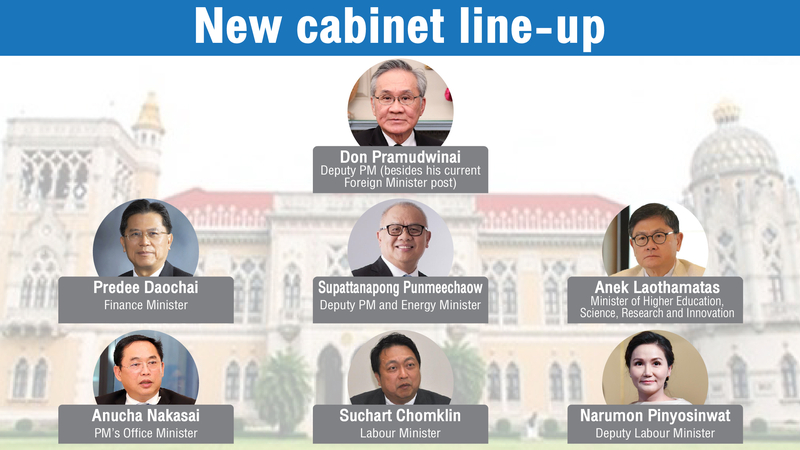 The new and royally endorsed Cabinet line-up was revealed by the Royal Gazette today.

Supattanapong Punmeechaow has been handed the posts of deputy PM and Energy Minister. Supattanapong is former director of PTT Global Chemical.

Anek Laothamatas has been appointed as Minister of Higher Education, Science, Research and Innovation. He is an executive member of the Action Coalition for Thailand Party.

Chonburi MP Suchart Chomklin has been appointed as Labour Minister.

Almost 80 per cent of chief executive officers of large organisations in Thailand hope the new Cabinet will be able to start working immediately and with a deep understanding of local and foreign economies, according to a Krungthep Turakit newspaper survey of 100 CEOs in various sectors.