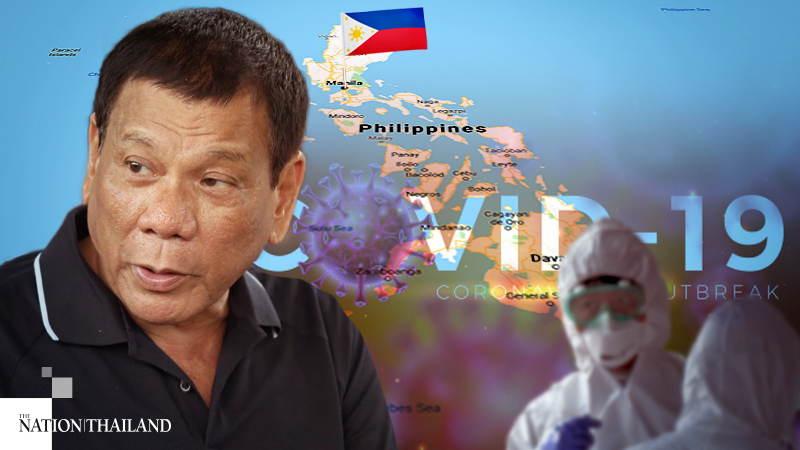 By Raul Dancel
The Straits Times/ANN

MANILA – The Philippines is now the new epicentre of the coronavirus pandemic in South-east Asia, even as it plunges into a recession with no hope of a swift recovery as a crippling lockdown continues to wipe out jobs and incomes.

However, the death toll in Indonesia stands at 5,521 against the Philippines’ 2,150.

The Philippines now has the fourth most number of cases in Asia, after India, Pakistan and Bangladesh.

The latest figures came just hours after it was reported that the economy suffered its deepest slump on record in the second quarter.

The Philippines reached this grim milestone even though it had in place one of the strictest and longest lockdowns  in the world.

President Rodrigo Duterte placed Metropolitan Manila and the rest of the main island of Luzon – home to about half of the country’s population of over 107 million – on lockdown in mid-March to slow the spread of the virus.

Health officials said the strict shelter-at-home restrictions allowed the country to “bend the curve”, with infections hovering at an average 200 to 500.

With cases seeming to have become manageable and hospitals freeing more beds, Mr Duterte lifted the lockdown on June 1. Since then, however, cases have soared. Over 75,000 cases were recorded in June and July alone.

In recent days, hospitals have run out of beds, as they are swamped with Covid-19 patients. Some 80 groups representing 80,000 doctors and a million nurses on Saturday said the Philippines was losing the fight against the disease.

That forced Mr Duterte to put Metro Manila and four outlying provinces back on lockdown for at least two weeks starting Aug 4.

Former health minister Manuel Dayritt said he was not surprised that the Philippines would be saddled with the most number of Covid-19 cases in the region.

“If you look at South-east Asia, what you need to understand is that we have to look at the readiness of their health systems even pre-Covid,” he said.

Vietnam and Thailand, for instance, doubled or tripled their investments in their health systems, he said.

The Philippines, by comparison, had a “pretty obsolete” public health infrastructure when the coronavirus began sweeping across the globe, he said.

Earlier in the day, the statistics bureau reported that gross domestic product (GDP), the broadest measure of goods and services produced, shrank 16.5 per cent in the April-June quarter from a year earlier, the biggest contraction in 40 years.

GDP declined for a second consecutive quarter on a quarter-on-quarter basis, down 15.2 per cent, implying the economy was now in recession for the first time in 29 years.

“We’re seeing these numbers because of the (two-month) lockdown (from mid-March),” National Statistician Claire Dennis Mapa told reporters on Thursday.

At least 3 million lost their jobs during this period, as businesses, both large and small, were either closed or downsized. Three fourths of the economy were shut down.

The accommodation and food services sector saw a contraction of up to 68 per cent. During the lockdown, most hotels were emptied of guests and restaurants were limited to takeaway services. With mass transit halted, the transport sector saw a 59.2 per cent contraction.

“Our country is facing its biggest crisis in nearly eight decades,” Economic Planning Secretary Karl Chua said at a news briefing on Thursday.

He said it was inevitable that the economy would take a hit, as infections began surging in March.

Finance Secretary Carlos Dominguez said while a swift recovery was unlikely, “we’re beginning to see light at the end of the tunnel”.

He said the contraction in manufacturing had begun to ease, from 39 per cent in April to 19 per cent in June.

Trade was also starting to recover, especially as China’s economy gained steam. Exports to China grew 2.8 per cent in June after shrinking 55 per cent in April.

Mr Dominguez added that the Philippines remained “one of the strongest, most resilient and credit-worthy economies in the world”.

That would allow it to fund the government’s response to the pandemic till a vaccine could be made available by year’s end or early-2021, he said.

He said he expects a “strong rebound” next year, provided the country could roll out a mass vaccination programme.