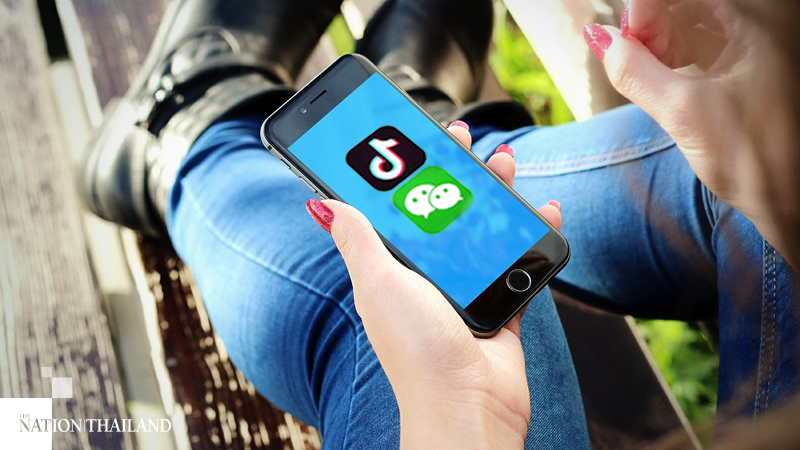 The orders take effect in 45 days and prohibits any U.S. company or person from transacting with ByteDance, TikTok's Chinese parent company or WeChat. That means the companies would not be able to appear on Apple's App Store or Google's Play Store in the U.S.

The orders signal increasing tensions in U.S.-Beijing relations in the run-up to the November elections. Trump had earlier threatened to ban TikTok from the U.S..

"This data collection threatens to allow the Chinese Communist Party access to Americans' personal and proprietary information - potentially allowing China to track the locations of Federal employees and contractors, build dossiers of personal information for blackmail, and conduct corporate espionage," according to the TikTok order.

TikTok spokesperson Hilary McQuaide said the company is reading the order and will have further comment soon.

On Monday, Trump told reporters at the White House that TikTok would be forced to cease U.S. operations by around Sept. 15 if it wasn't sold to a U.S. company. He also said that if a sale goes through, part of the proceeds should go to U.S. taxpayers.

"A very substantial portion of that price is going to have to come into the treasury of the United States," Trump said of the potential TikTok sale. "The United States should be reimbursed or paid because without the United States they don't have anything." The president added: "It's a little bit like the landlord-tenant. Without a lease, the tenant has nothing. So they pay what's called key money or they pay something."

Microsoft is in talks to buy TikTok and has also identified Sept. 15 as the deadline for talks to conclude.

Some experts believe that Trump has signed the order to speed ByteDance into a deal.

"The whole thing strikes me as Trump trying to put pressure on TikTok," said James Lewis, of the Center for Strategic and International Studies. "I think it's a big pressure campaign to get ByteDance to move in the right direction."