Two government agencies are working together to provide diagnosis and treatment for neurological diseases among prison inmates nationwide.

“The Prasat Neurological Institute under the Department of Medical Services realises that all citizens, including prison inmates, should have access to proper diagnosis and treatment for neurological diseases, as a timely diagnosis could help prevent permanent damage to the patient,” said director-general Dr Somsak Akksilp. “The institute has been working with the Department of Corrections since March to provide neurological treatment to 16 inmates from over 120 inmates who displayed symptoms similar to neurological diseases.” 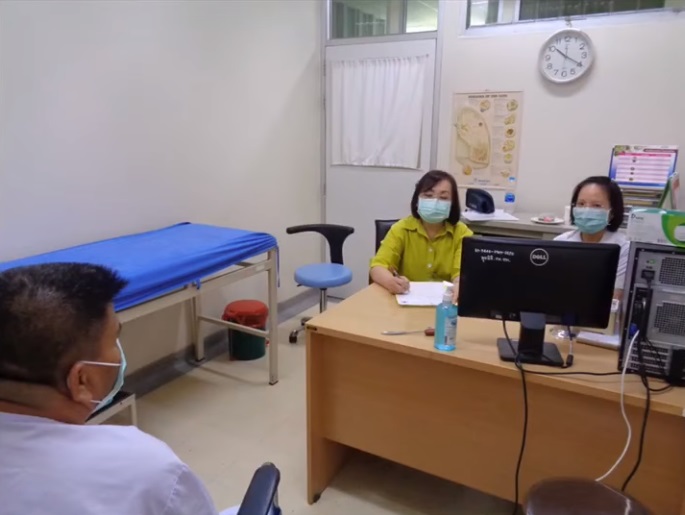 Prasat Neurological Institute director Dr Thanin Wetchapinant said that recently the institute had treated two prison inmates who suffered from neurological diseases and now they can lead a normal, healthy life. “The first case was a female inmate aged 41 who displayed symptoms of headache, nausea, and occasionally passing out,” he said.

“The diagnosis showed that she had a tumour in her brain that caused the brain to swell. We performed surgery to remove most of the tumour and got rid of the rest with chemotherapy. The patient is now stable and can resume daily function close to normal.

“The other case was a male inmate aged 55 who suffered from lack of strength in the right hand and leg and was unable to talk. The diagnosis showed that he has an infarction on the right side of the brain,” he added. “We used antiplatelet and performed an open-skull surgery to relieve the brain’s swelling. Now the patient can breathe without a respirator and is recuperating at the prison’s hospital,” Thanin said.

“During the Covid-19 outbreak, doctors are still providing diagnosis and treatments to prison inmates via online channel established by the Department of Medical Services, as the right to proper medical care is one of the fundamental rights of all Thai people, even of those in correctional facilities,” Thanin added.