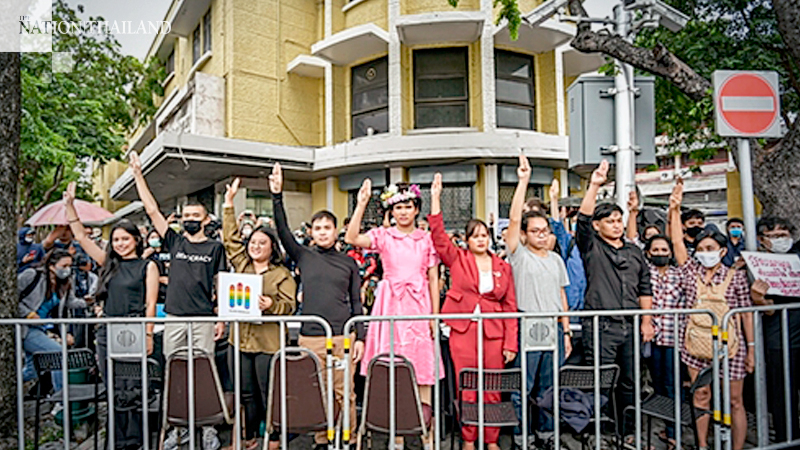 A new pro-democracy group called “Free People” debuted at Democracy Monument on Friday (August 7) with members singing the Les Misérables song “Do You Hear the People Sing?” with a three-finger salute.

The group has vowed to hold a second gathering on August 16.

Free People’s secretary, Tattep Ruangprapaikitseree, said the group’s aim was to prevent another coup and push for a nationally elected government, and for that it wants the powers-that-be to stop intimidating critics and rewrite the Constitution before dissolving the Parliament.

He said Free People was not related to pro-democracy group Free Youth, adding that his group was open to anyone who wants to play a role in pushing for democracy.