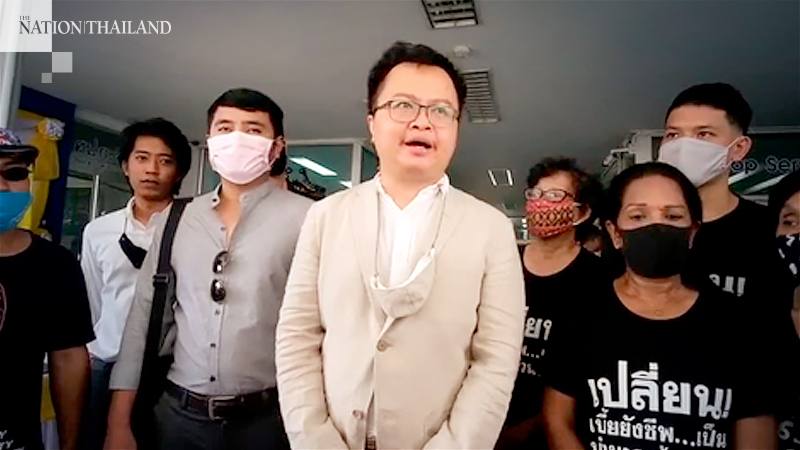 Arnon announced his incarceration by posting “I have been arrested” on social media.

He is one of the five anti-government protesters slapped with charges of violating the emergency decree by holding an assembly of more than five persons in a protest outside the Army headquarters on July 20.

On August 3, Anon also delivered a public speech on the role of the monarchy, saying it should be debated openly in order to avoid the risk of future violence between opposing political camps.

Thai netizens have been tweeting and retweeting announcement of Arnon’s arrest under the #FreeArnon hashtag in a move to pressure the authorities into releasing the activists.

The arrest warrants for protest leaders were issued after Vice Minister of the Office of the Prime Minister Apiwat Kantong complained that speeches delivered at the Harry Potter-themed protest on August 3 undermined the monarchy.

The five were also being summoned for gathering outside the Army headquarters.

Other activists facing arrest are Panupong Jadnok and Parit Chiwarak, though the latter is contacting a lawyer to ask if he should give himself up to police.