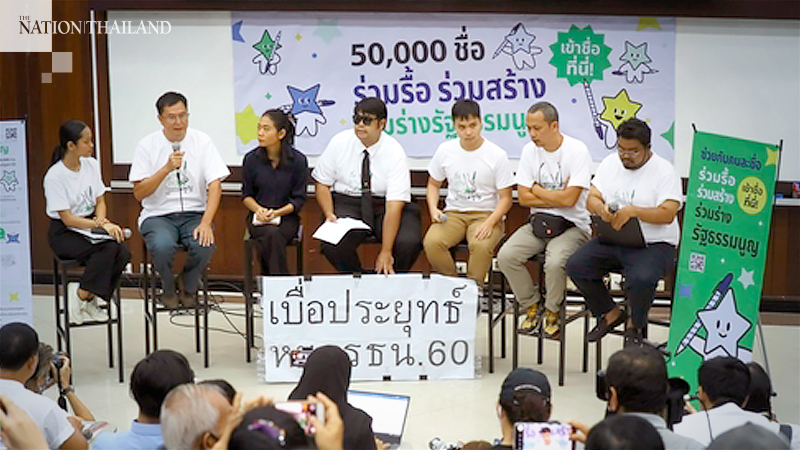 A campaign seeking signatures from 50,000 voters to sponsor a motion for a Constitution rewrite kicked off today (August 7) at Thammasat University’s Tha Phra Chan Campus.

The campaign is being run by the Internet Dialogue on Law Reform (iLaw), a human rights NGO, and was launched by iLaw director and former senator Jon Ungphakorn.

The current Constitution had been written by the post-coup regime and used to cement the military’s grip on power, he told a forum at the campus. 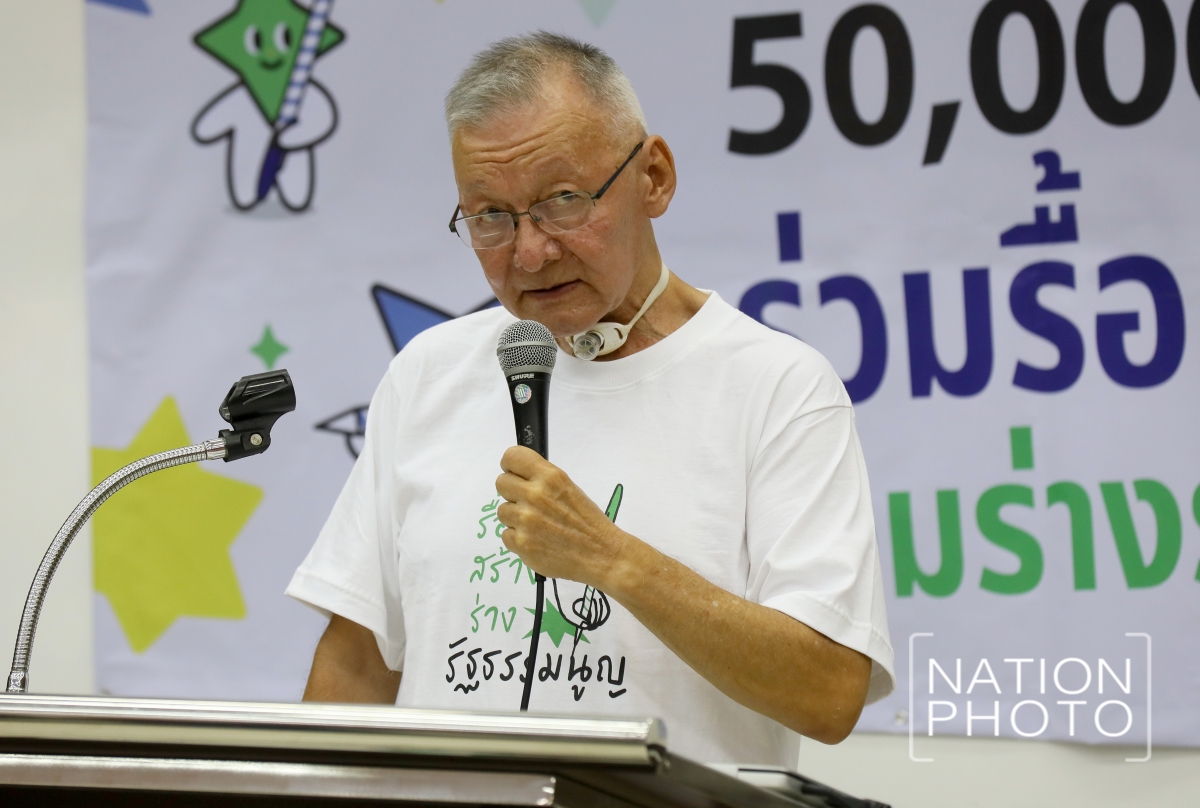 That power still continued throughout the current government and was being wielded to intimidate anti-government protesters, he said.

Thais needed a new Constitution which truly belonged to the people, he added, explaining that iLaw was cooperating with several organisations to push for charter amendments.

However, iLaw would not decide what the Constitution should look like as this was the duty of the people, said Jon. 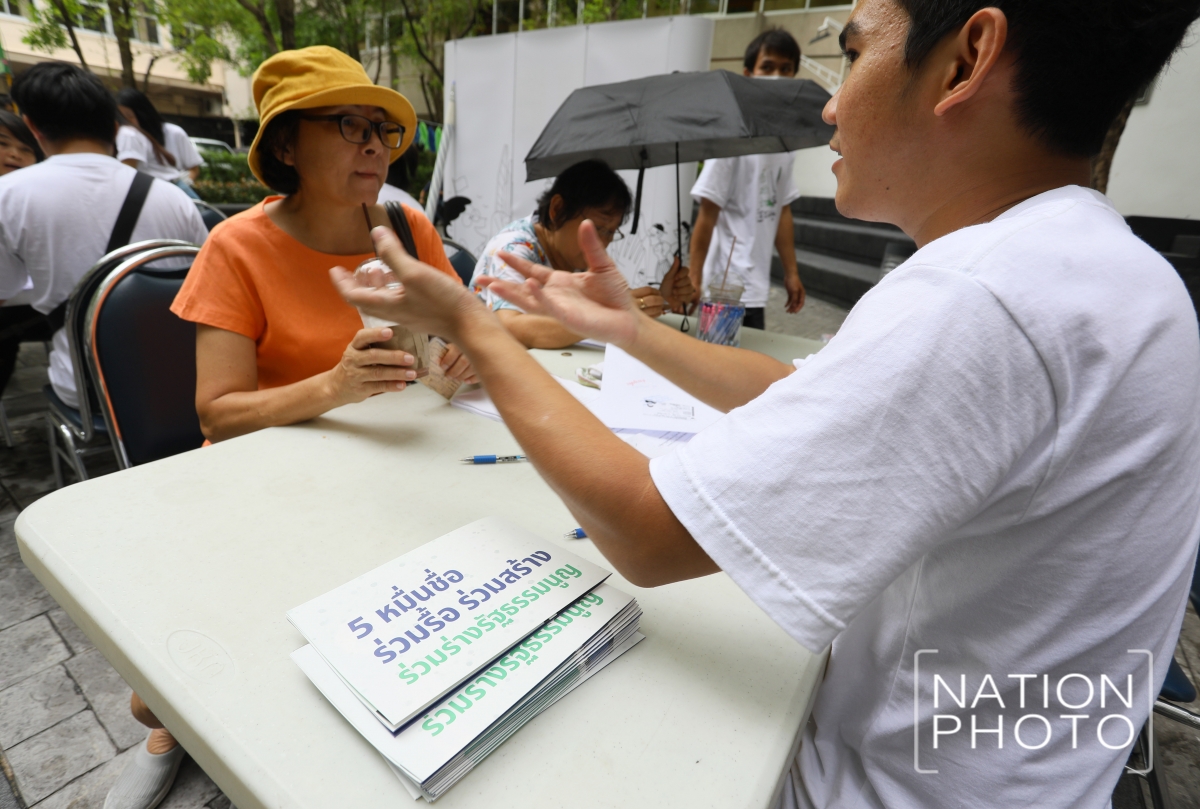 The campaign will seek signatures from Bangkok residents before expanding to other provinces.

iLaw manager Yingcheep Atchanont asked all forum attendees to spread the message and invite others to join the campaign in a bid to get the 50,000 signatures needed to get the charter change motion into Parliament. 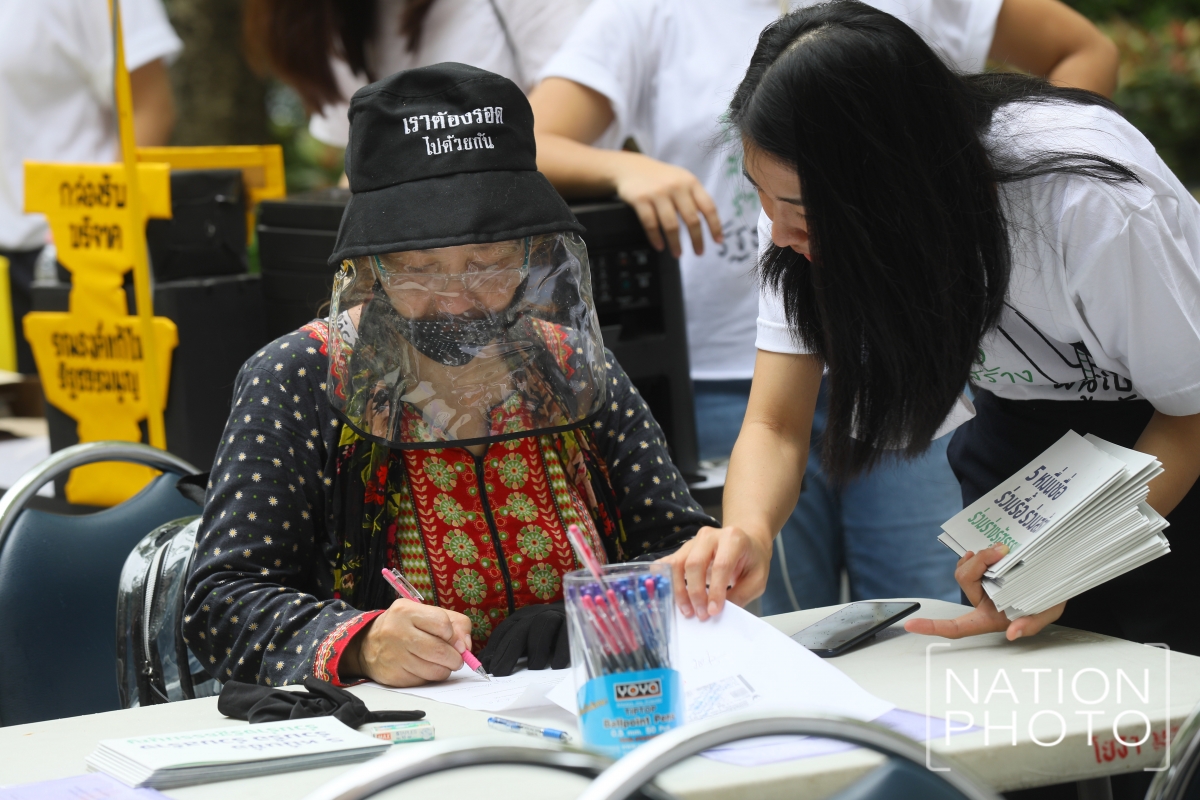 He added that the Constitution had been drafted by 21 appointees of the post-coup regime and designed to prolong the power of the military junta.

It was then put to a referendum in which the regime heavily promoted the charter while suppressing all critical voices and even arresting those who spoke out against it. 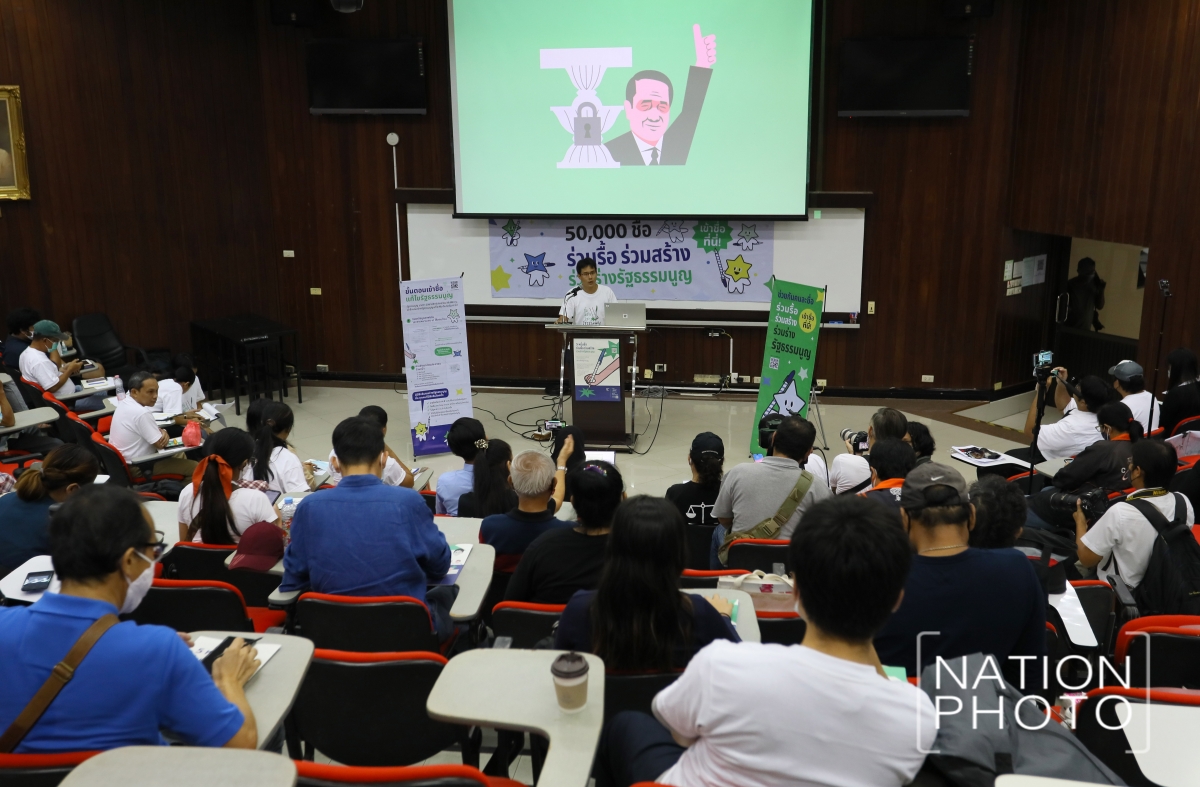 The forum also saw other political activists voice their opinions on why the current Constitution needed to be amended.

An online petition is not currently available but those interested in supporting the campaign can download the document at http://ilaw.or.th/50000con.