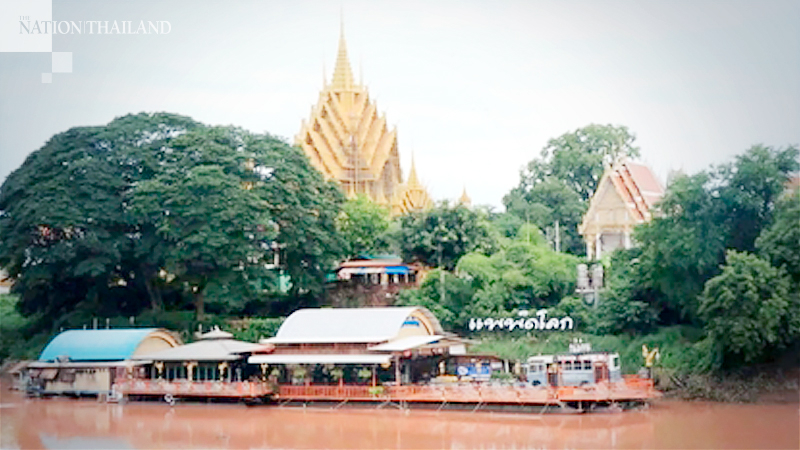 The water level in Nan River, which runs through Phitsanulok’s Muang district, has dropped by more than two metres and is putting floating restaurants at great risk.

Kringkrai Phakpiset, director of Region 3 Royal Irrigation Office, said on Friday (August 7) that the river had risen by five to six metres when the Sinlaku tropical storm brought heavy rain to upper Thailand earlier this week. 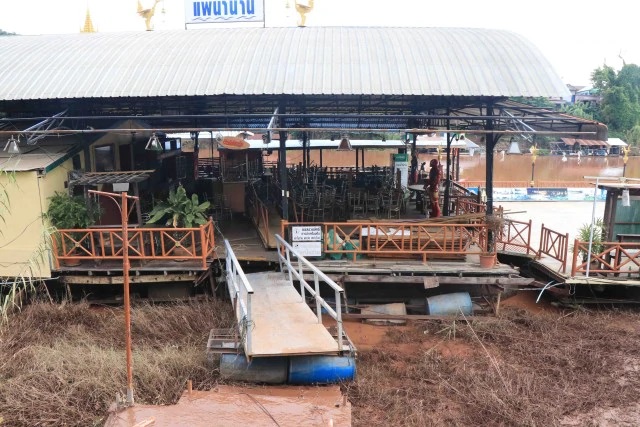 “But the water level dropped sharply after most of the water was directed to Sirikit Dam in Uttaradit. As of 10am today, the river’s level was 2.38 metres, with a water-flow rate of 211.2 square metres per second,” he said. “This can damage rafts floating in the river as they may hit the riverbed.

“We have advised raft operators and residents to monitor the water level closely and avoid overloading rafts,” he added “Fish farm operators that deploy floating baskets in the river must adjust the level of their baskets to match the dropping water level to avoid damaging their fish stocks.”

Workers at floating restaurants were seen cleaning their rafts and walkways that were covered in mud left by dropping water levels. 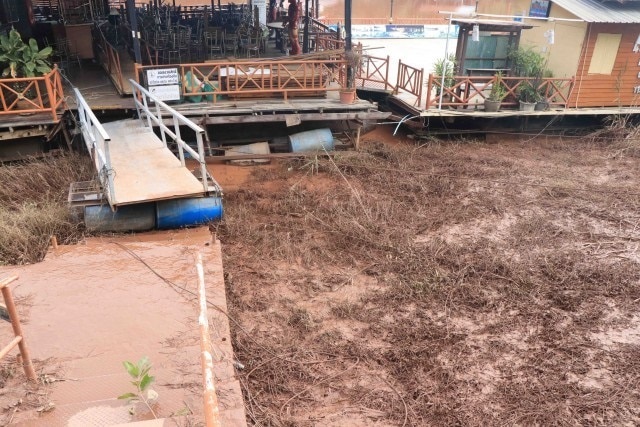