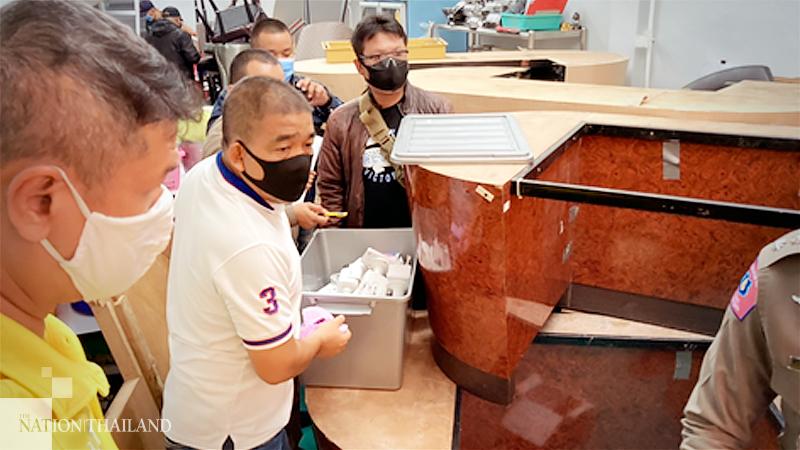 Thungmahamek police have said that all these items will be used as evidence. The building is located opposite the gambling den where four people were found dead on August 3.

After the shooting, police told the press that it had not found anything at the scene of the crime, sparking public criticism since clips had been posted online showing men ignoring the bodies and removing equipment from the gambling den.

Police are seeking an arrest warrant for 61-year-old Phiphit “Boy BanKrua” Srisuwan, who reportedly surrendered on Thursday for shooting dead the unhappy loser who had turned the gun on other gamblers.