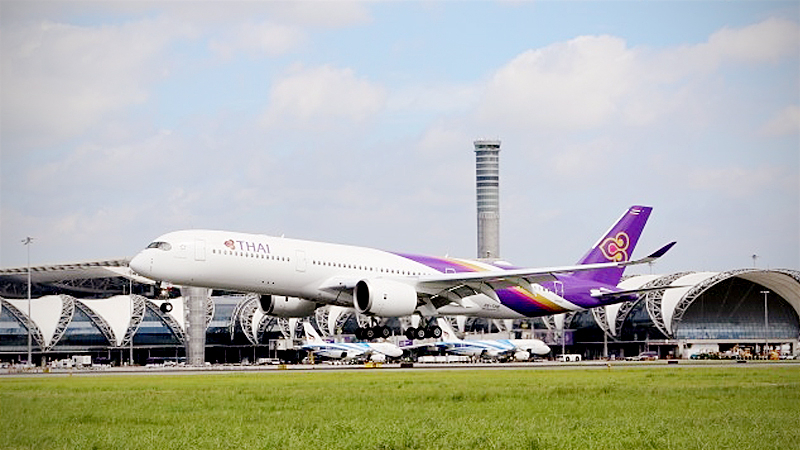 Thai Airways International (THAI) has reassured the Royal Thai Navy that it remains committed to their joint maintenance, repair and overhaul (MRO) project at U-Tapao Airport despite changes to the airline’s circumstances.

THAI, which has successfully filed for rehabilitation via the bankruptcy court, has outstanding debts of Bt244.9 billion.

THAI said its executives led by Cherdphan Chotikhun, vice president of the technical department, met with Navy representative yesterday (August 6) and offered assurances that the rehab process would go smoothly and that the airline was ready to continue with the MRO project.

The Navy is considering THAI’s request to provide an area at the airport where the carrier can park its aircraft that are to be sold.

Separately, Airports of Thailand (AOT) has revealed plans to invest in THAI’s non-aviation units, including the airline’s aircraft maintenance business.

THAI executives said the two organisations have yet to discuss the details of the deal or map out the next steps. However, before joining hands with AOT, the airline needs to have its rehabilitation plan approved by the bankruptcy court and creditors. The central bankruptcy court will begin hearing THAI’s rehab plan on August 17.

Cherdphan said it was necessary to go ahead with the MRO project as it would strengthen THAI’s business position.