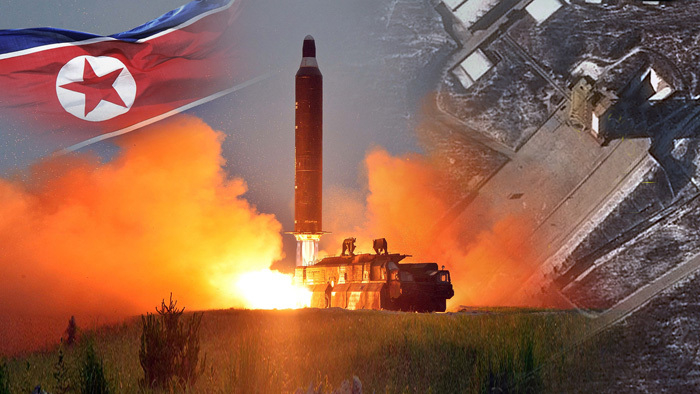 By Kim So-hyun
The Korea Herald/ANN

Victorino Mercado, US assistant secretary of defense for strategy, plans and capabilities, made the remarks during the 2020 Space and Missile Defense Symposium held virtually Tuesday, Washington time, according to the transcript posted on the Pentagon website on Thursday.

“Despite our ongoing diplomatic efforts, North Korea continues to expand its ballistic missile capabilities and conduct test launches despite international restrictions,” he said.

“While many often highlight North Korean failed launches, my view is, North Korea has a very deliberate testing program where they push their technological limits, learn from failures, and demonstrate continual improvement.”

Mercado noted that Iran, which possesses well over 1,000 missiles, continues to modernize and proliferate its missile systems as the country “views its missile arsenal as a valuable tool of coercion in the broader Middle East region.”

“We have seen concerted Chinese and Russian efforts to intimidate our allies and partners against cooperating with the US on regional missile defense as well as attempts to sow disinformation on US homeland defense,” he said.

“The ultimate goal of these efforts by China and Russia is clear -- the increased vulnerability of US, allied and partner nations and their forces to missile attack and more importantly the coercion that accompanies this vulnerability.”

Mercado mentioned that the US missile defenses provide several practical benefits, including stronger leverage of its diplomats at the negotiating table, such as talks with North Korea on denuclearization, by demonstrating its ability to counter threats of nuclear attack.

He also added that US missile defenses can intercept an unauthorized or accidental missile launch, which can help decrease the risk of inadvertent escalation, and can protect radars and other systems that provide situational awareness to buy time and reduce the risk of miscalculation during a crisis.