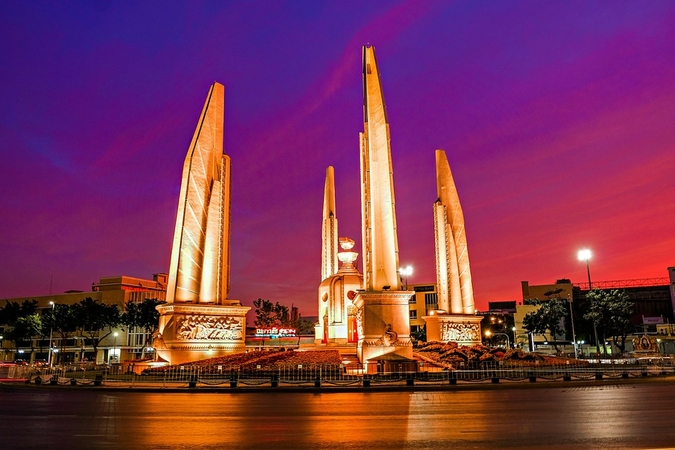 The Free Youth group revealed on Friday (August 7) the list of 31 protesters who face arrest warrants.

Some of them have already received the arrest warrants, such as Parit Chiwarak, a prominent protester who was active in numerous pro-democracy activities.

In addition to Parit, Tattep Ruangprapaikitseree has also received his arrest warrant.

On the same day, two activists -- Anon Nampa, a prominent human rights lawyer, and Phanuphong Chatnok, a member of Eastern Youth for Democracy -- were arrested for allegedly instigating political disturbance.

A post by Parit on Facebook urged pro-democracy supporters to gather at Pathumwan skywalk in Bangkok on Saturday (August 8) to show the spirit of democracy.

The activist also thanked those who had joined him for a demonstration in front of Banh Khen Police Station where Anon was detained on Friday night.

The anti-government group Democracy Restoration Group has urged people to hold a flashmob on a skywalk in front of MBK Centre on Saturday (August 8) at 4pm, saying they need to show that they will not succumb to the injustice.

The Metropolitan Police Bureau has charged Anon and Phanuphong, on seven counts on Friday, including provoking unrest, the illegal gathering of more than 10 people to hold any activities that caused unrest, holding activities that exposed the public to a contagion, blocking public paths, obstructing traffic, placing objects on streets and using electric loud speakers without prior approval.

Anon is one of the key figures leading the anti-government rally since July 18. Phanuphong had held a placard to protest against Prime Minister Prayut Chan-o-cha during his visit to Rayong.