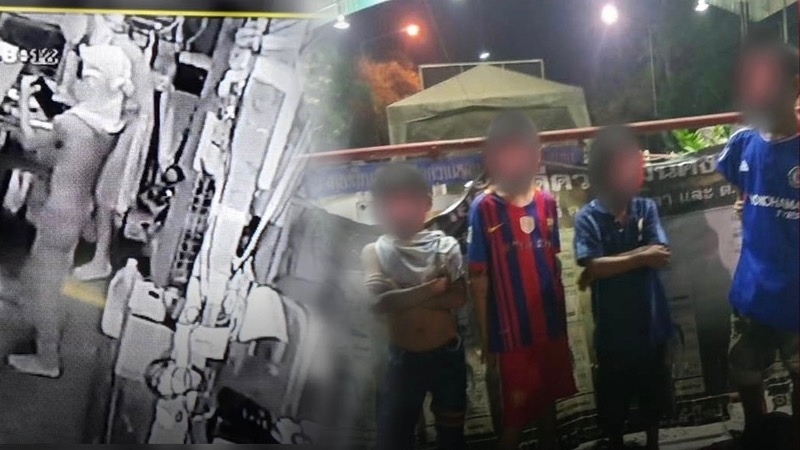 Three boys in Yala province involved in thefts since August 4 were nabbed while their parents were warned about their upbringing.

Yala residents recently shared footage of three children aged between 10-13 sneaking into a local tyre shop during the night.

The owner said that they covered their faces with cloth to steal coins and a smartphone a couple times.

The police managed to trace the young thieves and caught them. They told the children to return the stolen objects to the tyre-shop owner and warned them about their mischievous behaviour.

The police also contacted their parents and told them to watch their children's behaviour to ensure they did not commit the same crime.