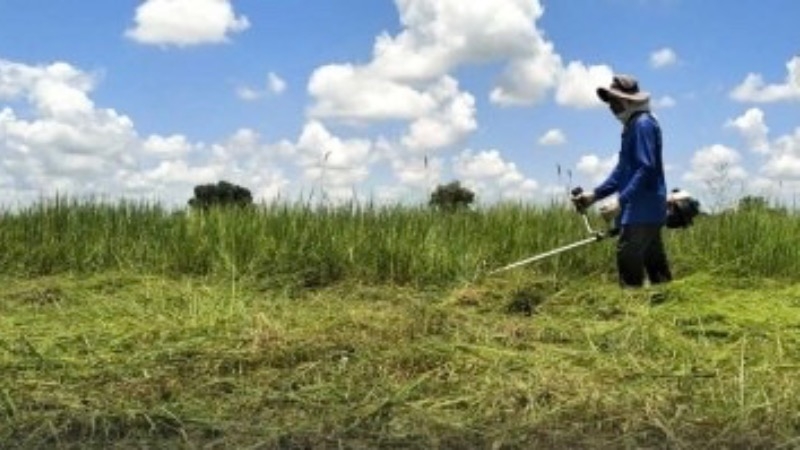 A farmer in Nakhon Ratchasima province was forced by the severe drought to cut all the rice stalk in his 70-rai field (11.2 hectares) and turn it into livestock feed that fetches a lower price.

Boonlieng Phonphimai said on Sunday (August 9) that his rice was seriously affected by the drought this year and it was no longer profitable.

He then had to make some of the toughest choices by cutting alll the rice stalk to make it livestock feed instead of waiting for the rains to save the plantation which might not happen.

The farmer said he had invested Bt40,000 on this plantation so it would be better if he had something in return from selling the feed but he still hoped that the rice might grow again if he had enough luck.

Boonlieng was not the only farmer to suffer from the drought. Several farmers in the province had experienced the same fate and asked the government to find the solution for this long-lasting issue.