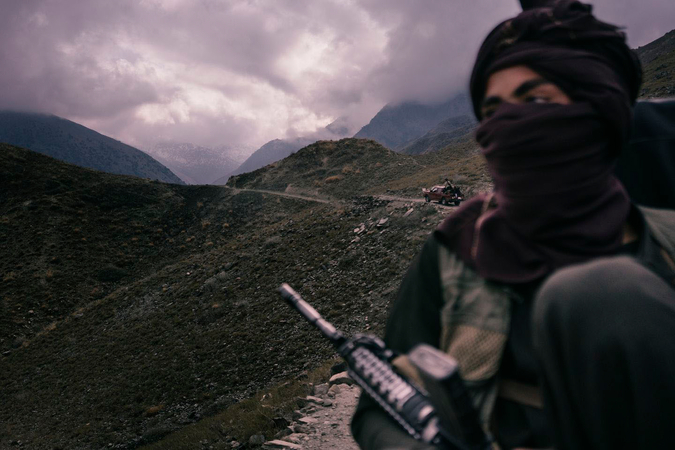 KABUL, Afghanistan - After months of delays the Afghan government will release the last group of high value Taliban prisoners, President Ashraf Ghani announced Sunday, removing the final hurdle to the start of direct talks with the Taliban.

The move comes after intense U.S. pressure on the Afghan government to abide by preconditions to the talks outlined in the U.S.-Taliban peace deal. The deal called for those talks to begin in March, but preliminary negotiations repeatedly hit snags. The Afghan government was not party to the peace deal between the United States and the Taliban and objected to some of its terms.

Without the start of direct negotiations between the Taliban and the Afghan government, the peace deal the United States signed with the Taliban risks collapse. Violence has escalated following the signing of the deal and U.S. forces have repeatedly been pulled back into the Afghan conflict to defend government forces with air support.

Secretary of State Mike Pompeo issued a blunt statement Thursday calling for the release of the prisoners and warning that U.S. assistance could hinge on how peace talks progress.

"We acknowledge that the release of these prisoners is unpopular. But this difficult action will lead to an important result," Pompeo said in a statement, citing the beginning of peace talks and a reduction in violence. Pompeo has previously threatened to cut U.S. assistance over delays to the start of talks with the Taliban.

Instead Ghani called for a traditional council of elders, known as a loya jirga, to advise the government's decision. The council began meeting on Friday and their decision was announced Sunday.

"To remove obstacles for the start of peace negotiations, end bloodshed, and observe the interests and good of the people, the jirga approves the release of 400 Taliban prisoners," the council's official declaration read Sunday. The council also called for a long-term cease-fire with the Taliban.

Abdullah Abdullah, a former presidential candidate and now head of reconciliation efforts, said once the prisoners are released, talks with the Taliban will likely begin within days.

Ghani announced he would sign an order to release the prisoners Sunday and said, now "the choice is in the Taliban's hands ... the Taliban should show today they don't fear a nationwide cease-fire."

U.S. and Afghan officials have been pushing for a reduction in violence for months since the signing of the peace deal between the United States and the Taliban. The Taliban announced and upheld two brief cease-fires in recent months to mark Muslim holidays, but overall violence across the country remains high.

Peace talks with the Taliban are expected to begin as early as this week in Qatar, the same country that hosted months of peace negotiations between the Taliban and the United States.

Despite repeated delays to the start of peace talks with the Taliban, President Donald Trump and the Pentagon have announced plans to further draw down U.S. forces in Afghanistan ahead of U.S. presidential elections in November. Secretary of Defense Mark Esper told Fox News Saturday that U.S. troop levels in Afghanistan would drop below 5,000 by the end of November.

The U.S.-Taliban deal said U.S. troop levels would initially be cut to 8,600 and any further reductions would be based on the Taliban's adherence to the conditions of the peace deal. Primarily, those conditions are, the start of peace talks with the Afghan government and a pledge to prevent terrorist groups with the aim of attacking the West from operating inside Afghanistan.

The peace talks have not begun. And the United Nations has said the Taliban maintains links with al-Qaeda, the group responsible for the Sept. 11, 2001 attacks on the United States. Zalmay Khalilzad, the Trump administration's special envoy for Afghanistan, has said the Taliban have made some progress breaking with terrorist groups, but "they have to take a lot more steps."