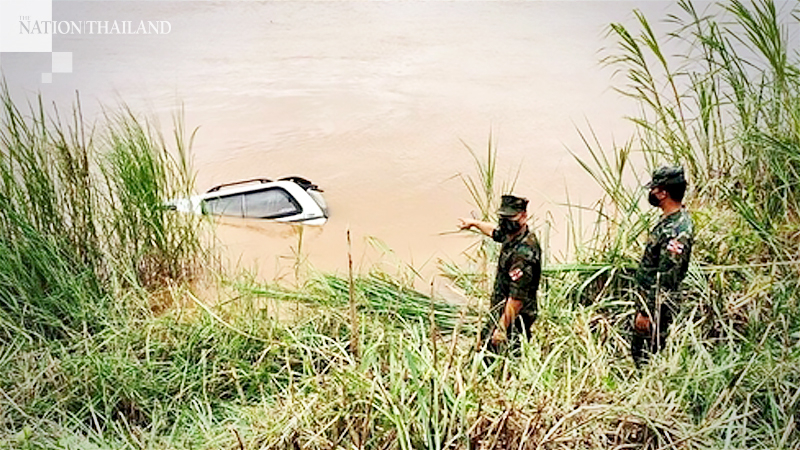 A local syndicate’s plan to smuggle vehicles across the Mekong River in Nakhon Pathom failed badly when the cargo slipped into the water on Monday (August 10).

The catastrophe was reported to the Mekong Riverine Unit of the Royal Navy by the headman of Don Nang Hong village.

The officers arrived to see four Toyota pick-up trucks bobbing in the water, and later fished them out to use as evidence.

It was revealed that these cars had been pawned off by unlucky gamblers and were to be sold in a neighbouring country, but the plan failed miserably due to negligence.

Initial investigation shows that 10 vehicles have already made it across the river and that a local official was in control of the operation.