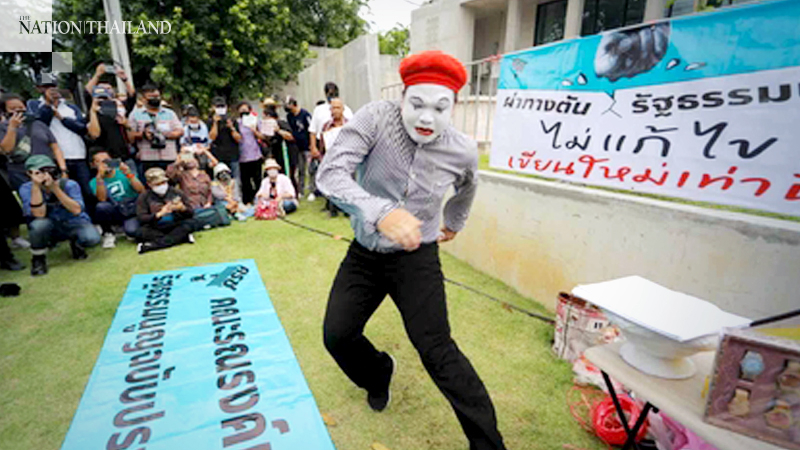 The Committee Campaigning for a People's Constitution (CCPC) today (August 8) submitted a draft of its amended charter to parliamentary representatives as it joined members of other pro-democracy groups for a protest in front of Parliament. 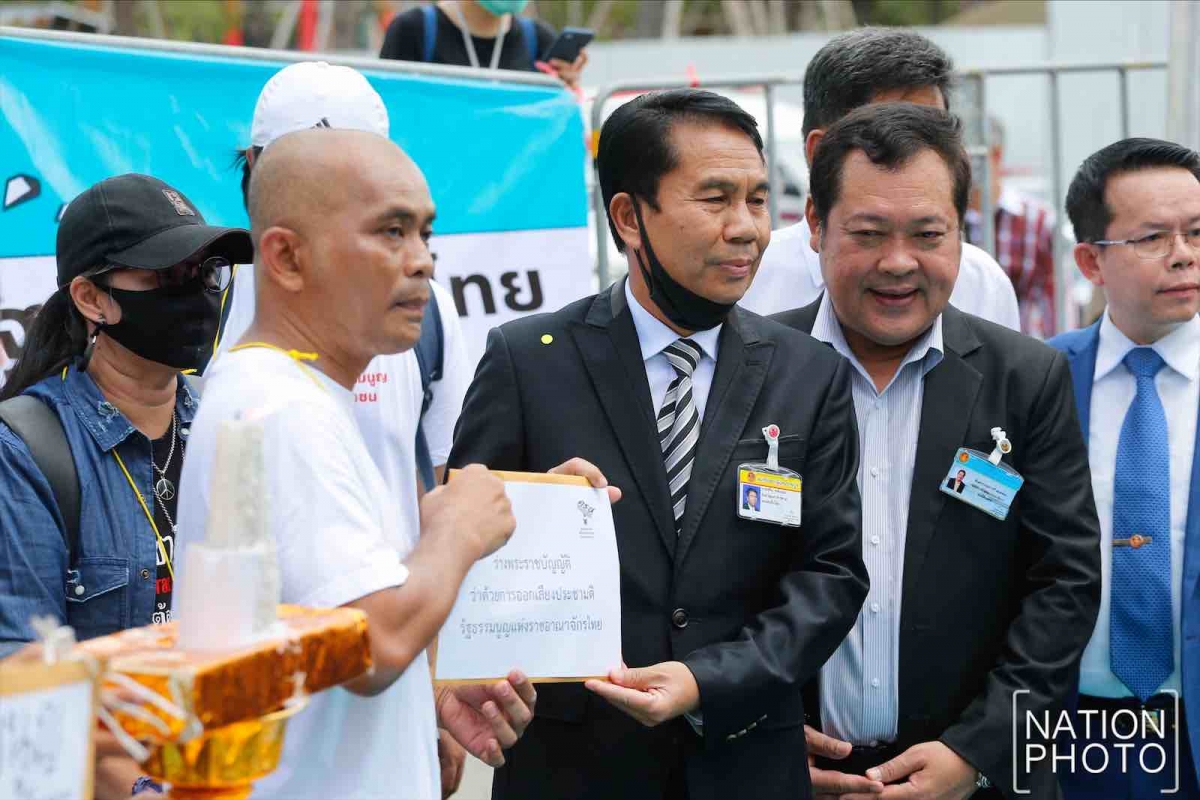 The rally was led by Anusorn Unno, dean of the faculty of sociology and anthropology at Thammasat University.

The CCPC demanded that the government cancel the 2017 Constitution and write a people’s charter. The proposed draft was received by opposition MPs led by chief whip Sutin Klangsang. 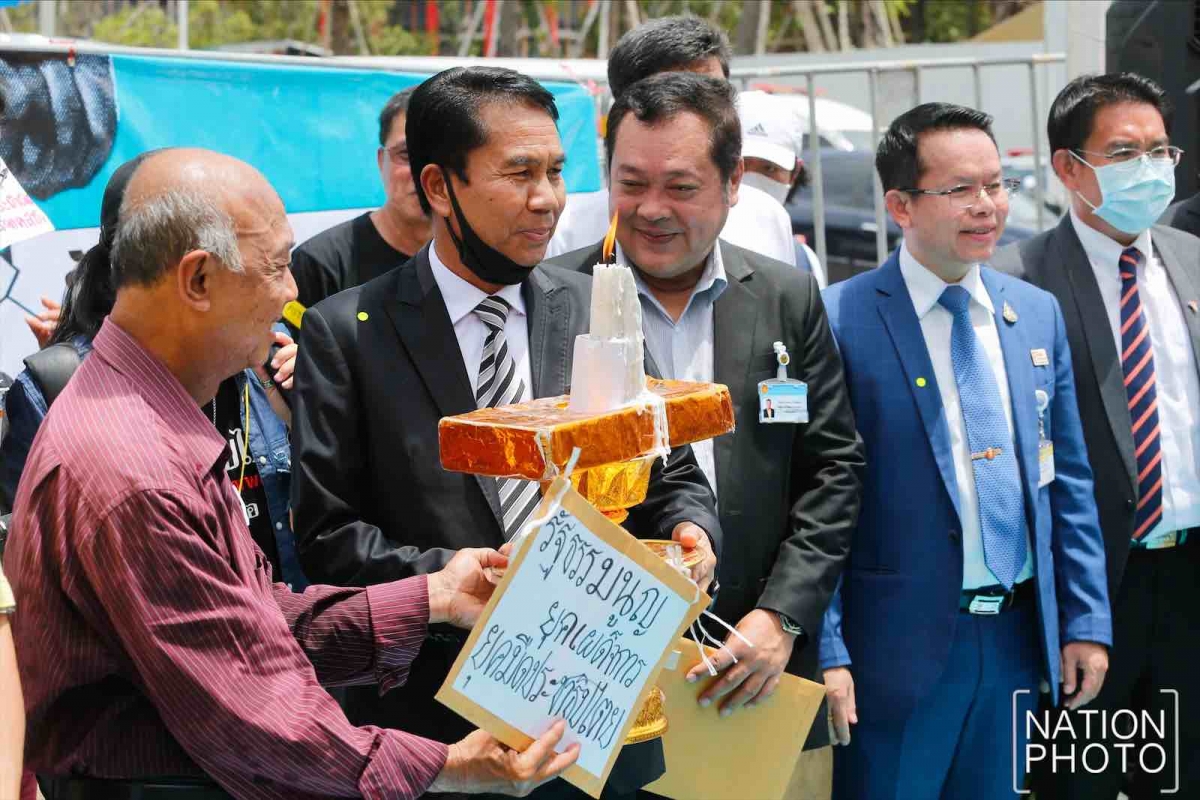 CCPC members burned models of watches, aircraft, military tanks and weapons to satirise huge military spending in the national budget since the 2014 coup. 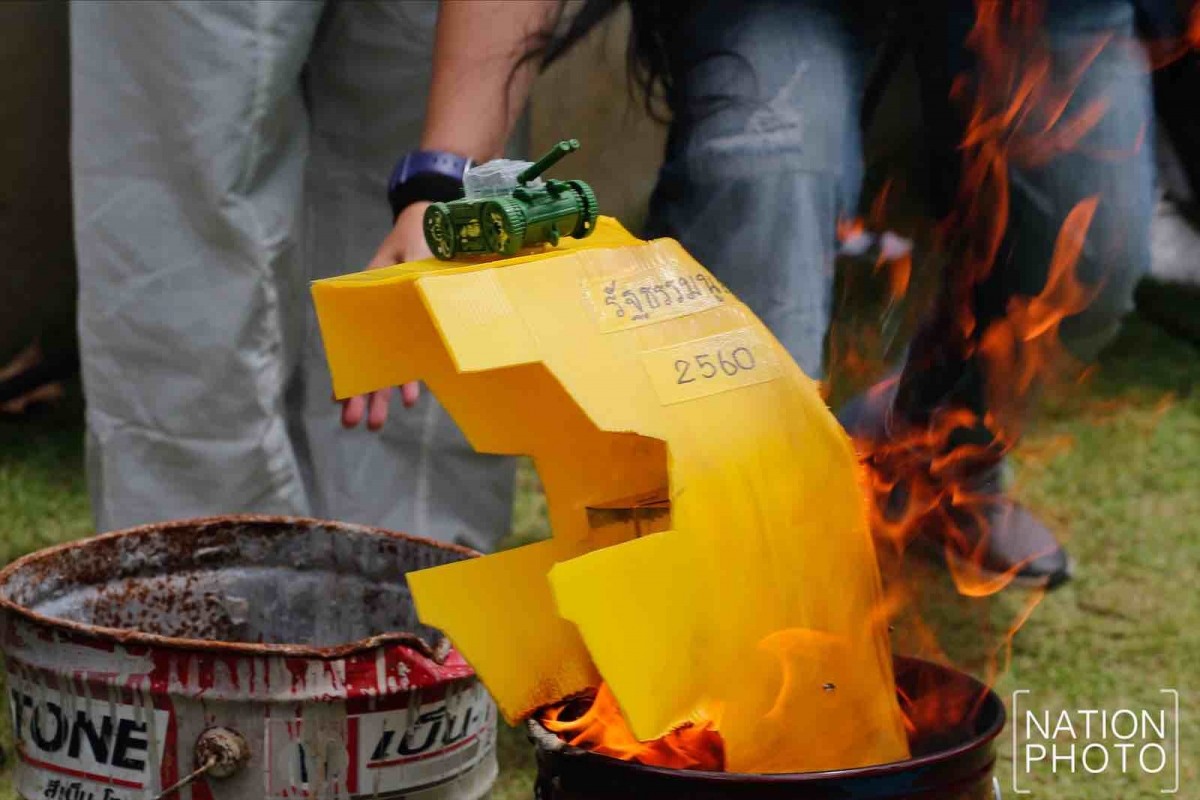 Over 200 police accompanied by detention trucks stood guard over the protesters.