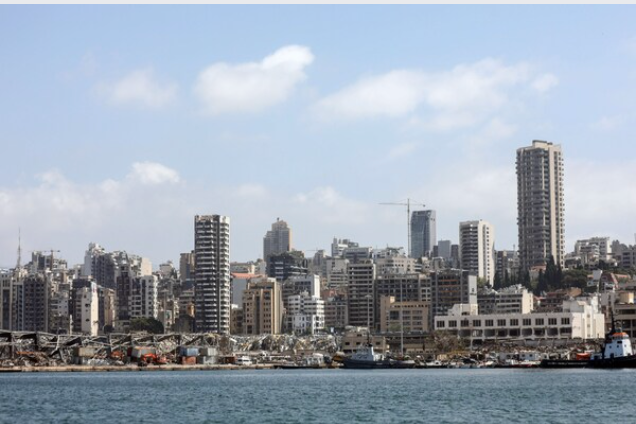 Lebanon's government resigned as an outraged public demanded accountability for the biggest peacetime catastrophe in the nation's history.

The move was confirmed by Health Minister Hamad Hasan, who said ministers resigned to show "responsibility, not an escape from responsibility."

The Aug. 4 blast in the Port of Beirut killed more than 150 people, injured thousands and displaced hundreds of thousands. Anger has surged in a nation already grimly familiar with decades of governmental malfeasance as it emerged the explosion was caused by 2,750 tons of explosive materials left for six years at the country's main port in spite of repeated safety warnings.

Multiple ministers had already quit in the aftermath of the disaster.

In Lebanon, when a government resigns, it continues in a caretaker capacity until a new one is formed, taking charge of procedural tasks but unauthorized to make important decisions. Yet even before the explosion, the government was barely functioning, not even able to regularly collect trash or keep electricity flowing, let alone haul the country out of its deepest political and financial crisis since the 15-year civil war ended in 1990.

Politics remained riven along sectarian lines, increasingly influenced by the Iran-backed Hezbollah that's classified by the U.S. and Gulf Arab states as a terrorist group. Decades of mismanagement, nepotism and cronyism, meanwhile, had left state coffers pillaged and the country gasping under mountains of debt.

The financial meltdown that has engulfed the country since late last year left many Lebanese hobbling hopelessly along as their leaders failed to undertake the reforms necessary to unlock billions of dollars in donor pledges and a $10 billion International Monetary Fund bailout.

Lebanon's appeal for international relief after the explosion yielded pledges of emergency assistance nearing $300 million at a virtual donors conference. But that is a pittance compared to estimated damages ranging as high as $15 billion.

In a strongly worded statement at the end of the conference, IMF director Kristalina Georgieva said months of talks with Lebanon had "yet to yield results" as politicians and bankers remained divided over what needed to be done. She set out four conditions for talks to move forward: restoring the financial solvency of the state, cutting losses at state-owned companies, passing a law to regulate capital outflows and setting up a social safety net.

"Commitment to these reforms will unlock billions of dollars for the benefit of the Lebanese people," she said. "This is the moment for the country's policymakers to act decisively. We stand ready to help."