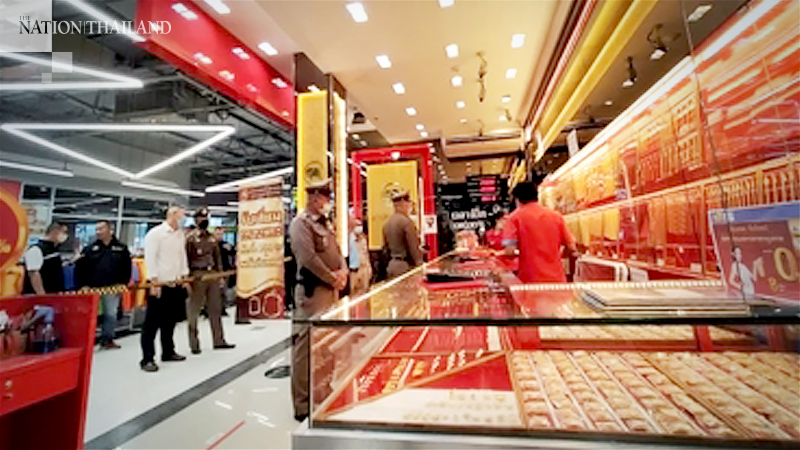 Police have launched a hunt for an armed man who robbed gold ornaments worth over Bt1 million from a shop in Big C Department Store in Nakhon Sawan province.

A shop clerk reportedly told police that a man wearing a black face mask, a black long-sleeve shirt and black pants walked into the shop at around 4pm holding what appeared to be a rifle wrapped in a white plastic bag.

“He pointed the gun at me and ordered me to take the gold ornaments in the display case out and put them in a fabric bag that he had brought along, and walked out of the department store,” she said. The gold shop reported that the robbed gold ornaments included 24 necklaces weighing 38 baht (about 576 grams) and were worth Bt1,136,200.

Police reviewed CCTV footage and found that the whole crime, which lasted less than one minute, matched the shop clerk’s statement. They also found that the suspect had got into a white pickup truck with its licence plate covered by a piece of paper that was parked right at the mall’s entrance before driving away on Thatako-Nong Bua Road that connects to Phetchabun and Sing Buri provinces. 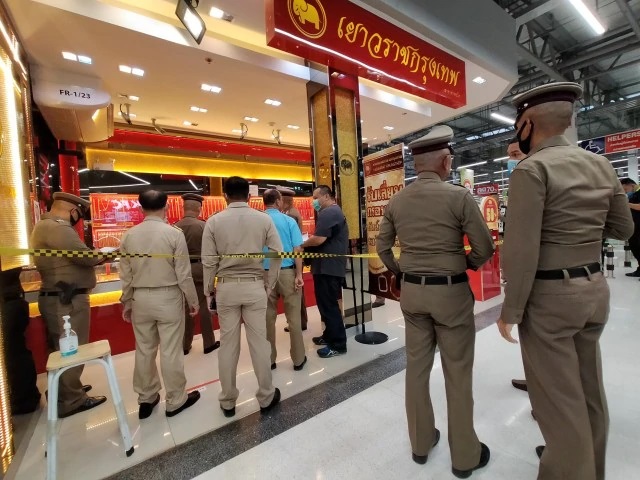 Police believed that the robbery was well-planned as the suspect was very fast and seemed to know the layout of the shop and the department store. They also speculated that the suspect might be working with a partner who could be driving the pickup truck.

Officials have set up roadblocks on all possible escape routes but have found no clues about the suspect.