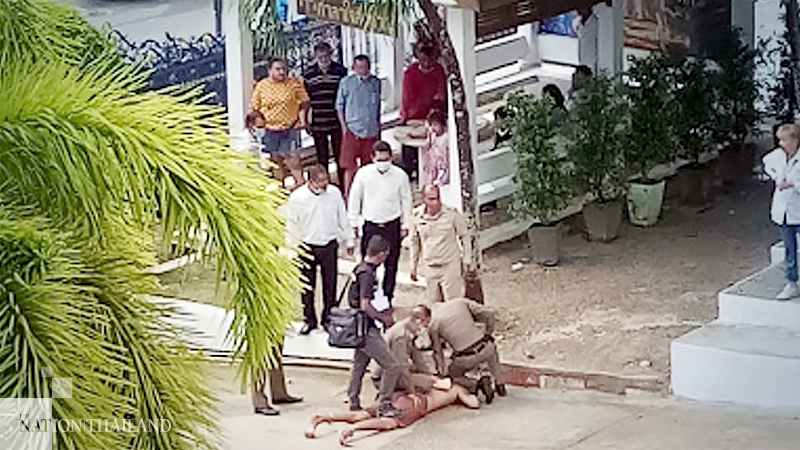 Four suspects facing trial for murder tried to flee custody from Krabi provincial court on Monday (August 10) but they were captured before they could leave the main gate.

The four were scheduled to go on trial when they attempted to flee. One officer was injured.

“Kittiphong, Atsadawut, Rungrote and Kamchai [last names withheld] are all suspects in the murder of Worawit [last name withheld], aged 23, in Khlong Thom district of Krabi province, while Atsadawut was also charged with resisting arrest and firing a gun at officials,” said a court official.

“The inmates assaulted a court police with their chains before running out toward the front gate, but were caught by court police and security officers.”

Pol Sr Sgt-Major Wisut Rattanapramote, who was injured in the head, was sent to Krabi Hospital for treatment.