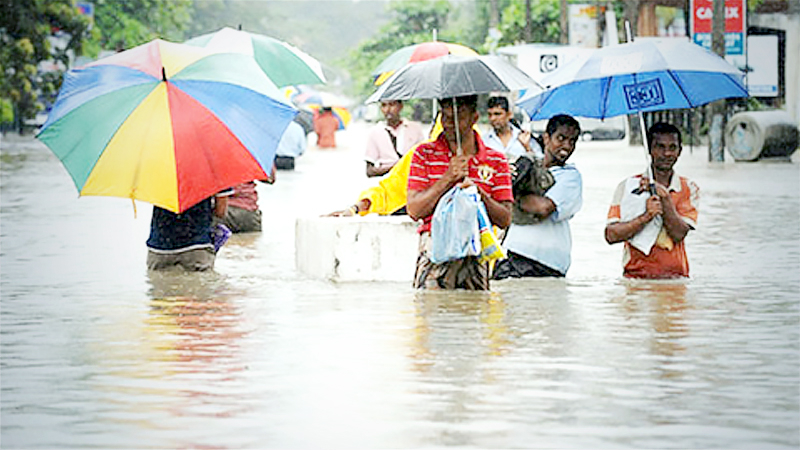 Monsoon season is becoming increasingly unpredictable and catastrophic despite its significance for South Asia, speakers at a webinar said on Sunday, The Dawn reported yesterday.

The Dawn report filed from Islamabad said: International experts and scientists from Bangladesh, Nepal, Sri Lanka and Pakistan participated in an online seminar on the ‘Impacts of Climate Change on South Asian Monsoon’, organised by the Comsats Centre for Climate and Sustainability (CCCS).

They discussed the variability of the monsoon and its relationship with the changing global climate system, as well as the adverse effects of climate-mediated changes on South Asia.

Speakers argued that global warming is causing extreme precipitation and extreme climate events such as drought, with dire consequences for the agriculture-based economy of the region and the livelihoods of farming communities.

He said the monsoon was considered one of the world’s most important weather systems, adding that it was imperative for reliable monsoon forecasting to understand the changing water patterns in South Asia.

The discussion highlighted the gravity of social, economic and environmental implications associated with the abrupt monsoon pattern in South Asia.

Speakers discussed the repercussions of increasing monsoon variability for Nepal as well as disasters caused by extreme weather events, current trends and future projections about shifting patterns of monsoon in various parts of Pakistan, the calamitous impact of summer monsoon in Sri Lanka marked by flooding and drought, the impact of atmospheric aerosols and non-renewable energy resources on precipitation patterns, and the mitigation strategies taken by the government of Bangladesh to curb the fallout from climate change.

Some key recommendations from the webinar included a call for research-backed policy formulation to help mitigate the negative impact of suddenly changing monsoon patterns on the environmental and socioeconomic conditions of the South Asian region.

They also called for the appropriate allocation of resources to strengthen the scientific and technical capacity of South Asian countries and enhanced regional cooperation to promote the sharing of good practices and sustainable solutions to aid adaptation with variable monsoon trends.