The central bank on Tuesday (August 11) accepted 10 kilograms of gold donated by the public to help boost the country’s reserves in a merit-making ceremony held in honour of late Ajahn Maha Bua, one of the most famous teachers of the Thai Forest Tradition of Theravada Buddhism.

Before his passing on January 30, 2011, the monk had called on his followers to raise funds to support the country.

Since then, such 25 such merit-making ceremonies have been held and the country has been given more than 13 tonnes of gold and US$10.5 million (Bt326 million) in cash. 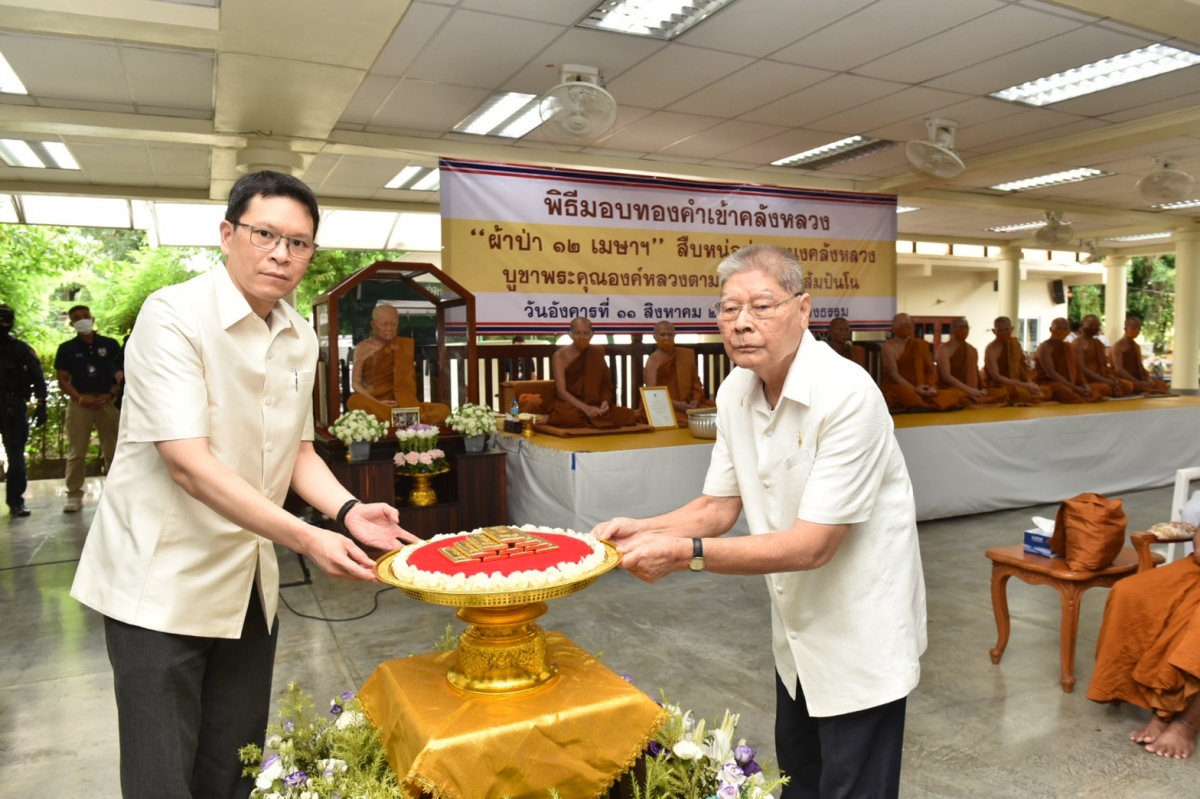 Veerathai Santiprabhob, governor of the Bank of Thailand, accepted the latest donation from the abbot of Wat Pa Sattha Thawai in Udon Thani province.